I’ve come up with an awesome red cabbage cole slaw that I really doubt I’m ever going to replace as my go-to slaw: red cabbage, bacon, and bleu cheese. You salivating yet? 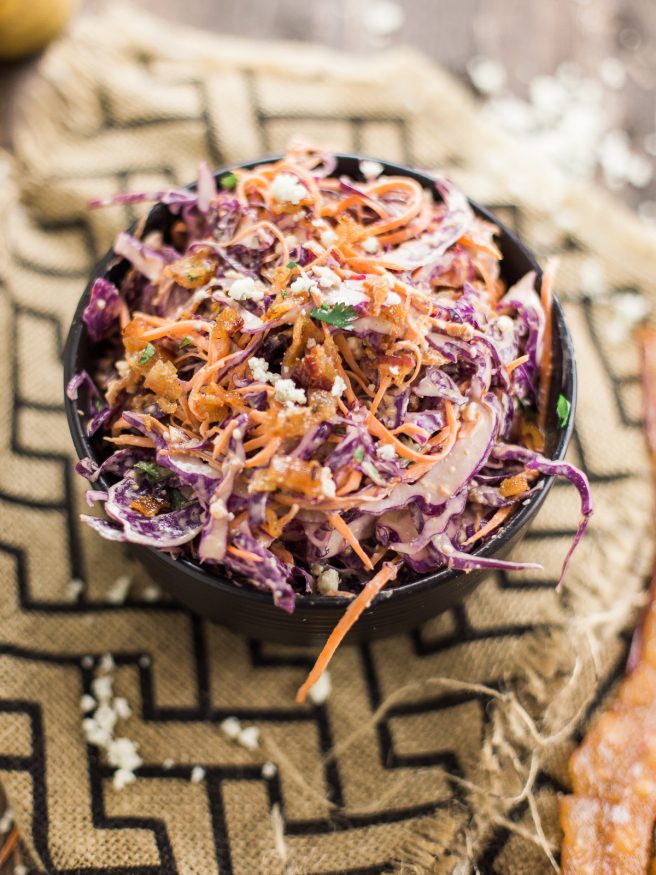 This red cabbage cole slaw goes great on its own as a side, or topped on your favorite sandwich or even a hamburger! This slaw a really amazing flavor with some tangy-ness from the bleu cheese and apple cider vinegar, and the savory bacon cuts through like nothing else! 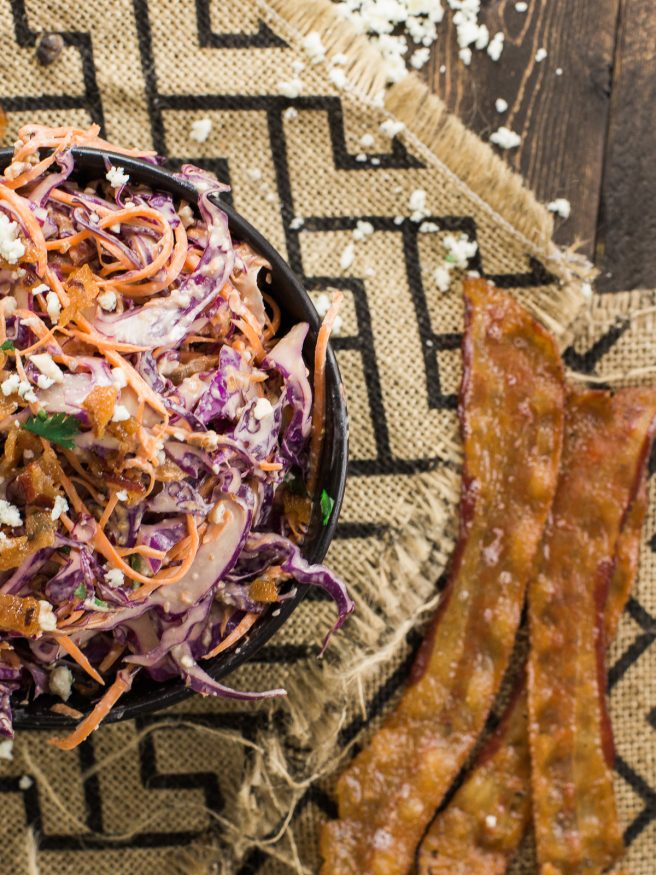 If you’re looking to grill this weekend, definitely pin this red cabbage cole slaw recipe because its so simple to make, and can be made the night before, letting you focus on cooking up those main dishes for this 4th of July!

It also gets more flavor sitting over night. I ate it the first day and it was great, but the second day?! YES! I pretty much ate it as a meal for lunch! 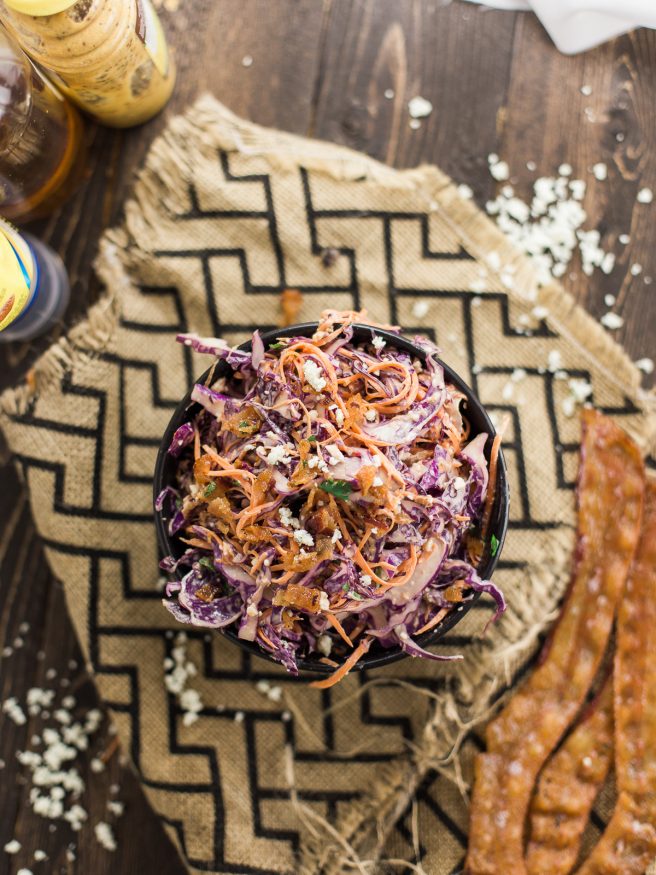 Speaking of which – WHAT?! How in the heck is it already July?! I feel like we still have christmas decorations that have gone rogue and are still up in the house, I don’t even know where the time went!

But I mean,at this rate Christmas will be up before we know it so might as well just keep them up at this point right?! 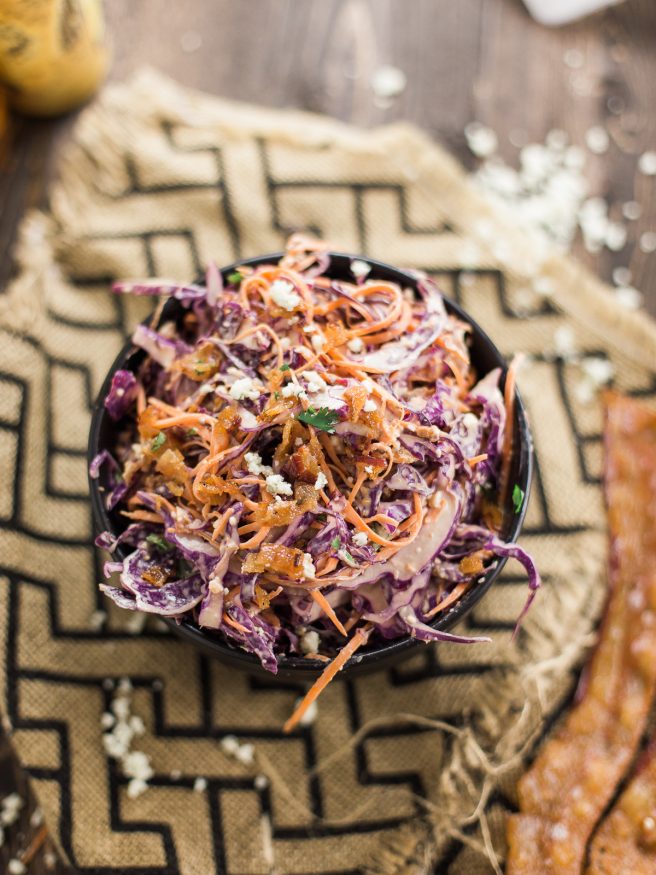 Coming back to the slaw, I used this mandolin to julienne the carrots and shred the cabbage. It was a gift from our wedding that I’ve been coveting for years now, and so glad I finally got.

It cut prep time (pun intended) in half, and saved on the mess in the kitchen, because I can’t do anything without making the kitchen explode. Gotta break some eggs to make an omelette right?!