I can’t count the times I’ve gone to the fridge, opened the veggie drawer to grab some cilantro for a recipe, and be completely frustrated that It’s only 3 days old and already wilted! Doesn’t matter how I set the humidity in my refrigerator I never can get my cilantro to last more than a few days! 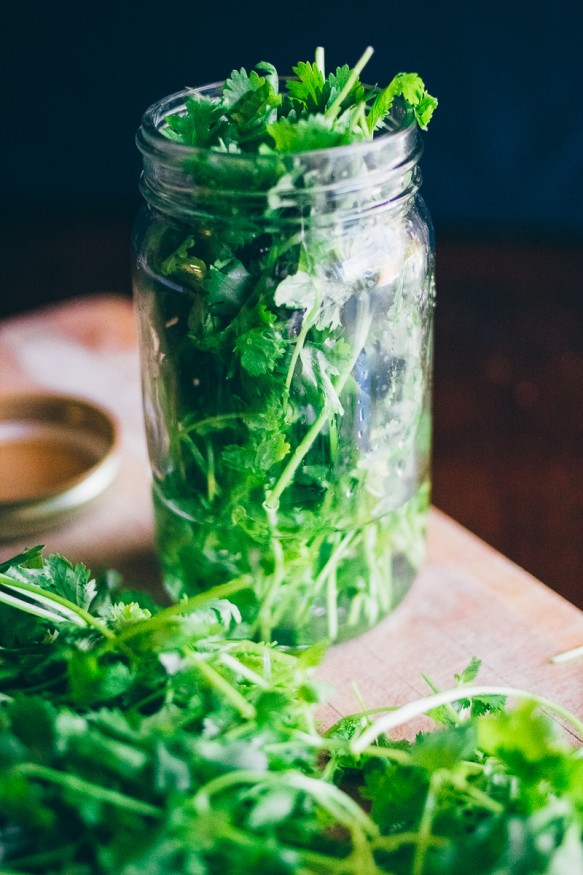 I recently learned about a trick that will keep your cilantro fresh in the refrigerator and will last there for weeks, keeping you from wasting your cilantro, time and money! It’s actually really simple and all you need is water and a jar! 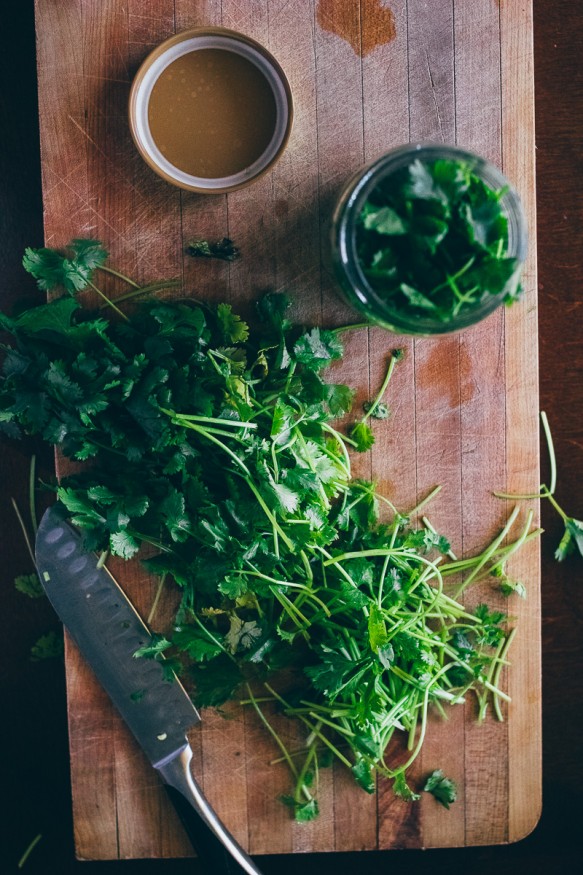 When I bring my cilantro home from the grocery store, anything that I’m not immediately using, I tend to save jars from sauces or anything else from the grocery store, we have a basket on top of the dryer in our apartment filled with jars. You can imagine the noise when the laundry is going full force ????.  I don’t remember why we started doing this, but it comes in handy from time to time! 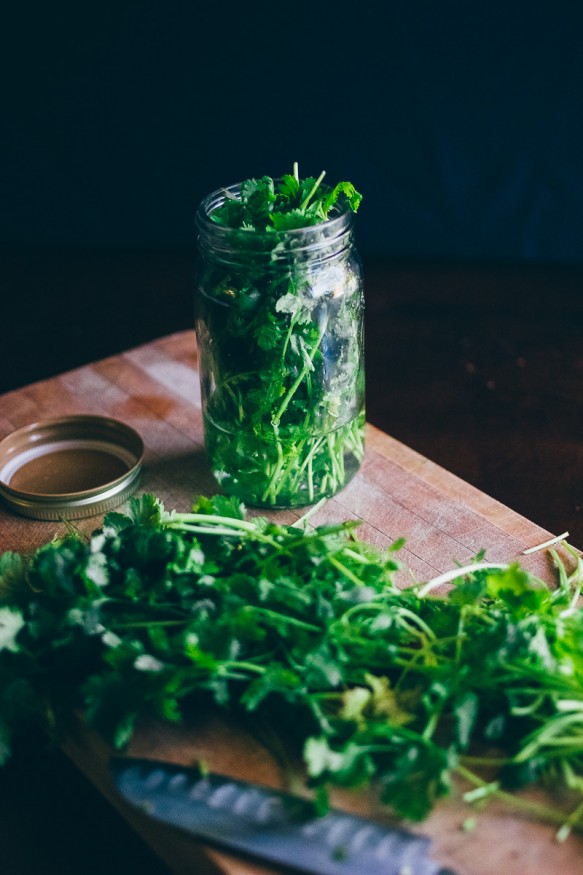 This is really easy to do and it takes no time at all to get this done. Just fill up a jar with about an inch or so of water, chop the base of the cilantro, similar to if you were preparing flowers to put in a vase. Place the cilantro in the jar, close the lid and place in the fridge! 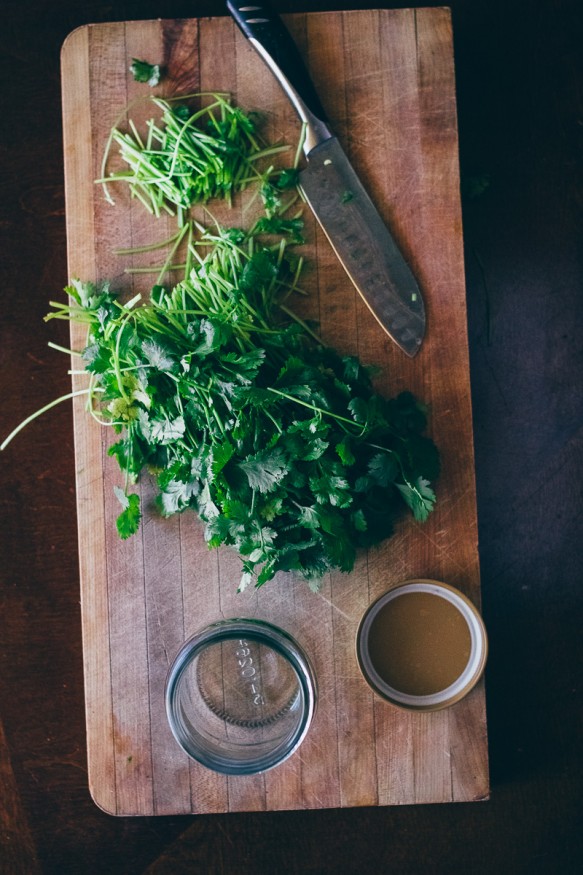 You’ll be surprised how long it keeps too! I tested this out by leaving the cilantro in there and seeing how long it would take until the freshness was gone. After 1 week the leaves will still green and crisp. The second week? Same thing! The 3rd week? Ehh not so much. 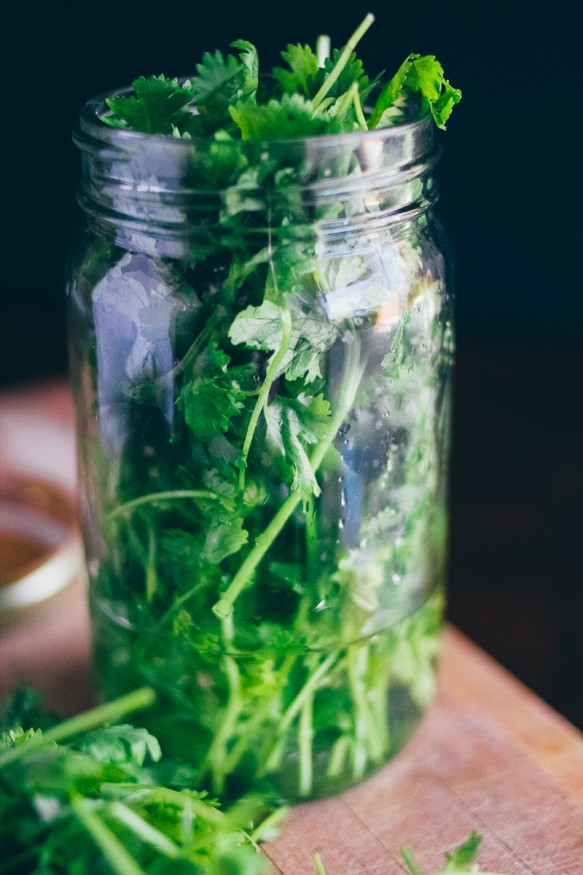 But compare that to about 3-5 days sitting in the vegetable drawer, and odds are you’re not going to have much cilantro left over after 2 weeks if you’re a heavy cilantro fan like I am!

Now that you know how to keep your cilantro get to making these recipes with it! 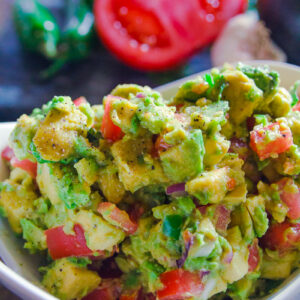 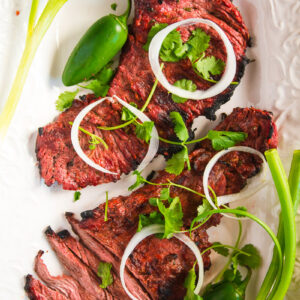 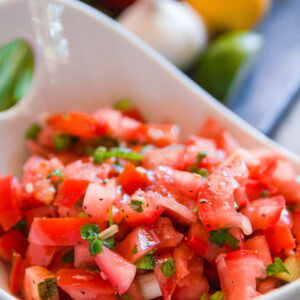 What tricks do you have to keep your veggies fresh in the fridge? Let me know in the comments below! 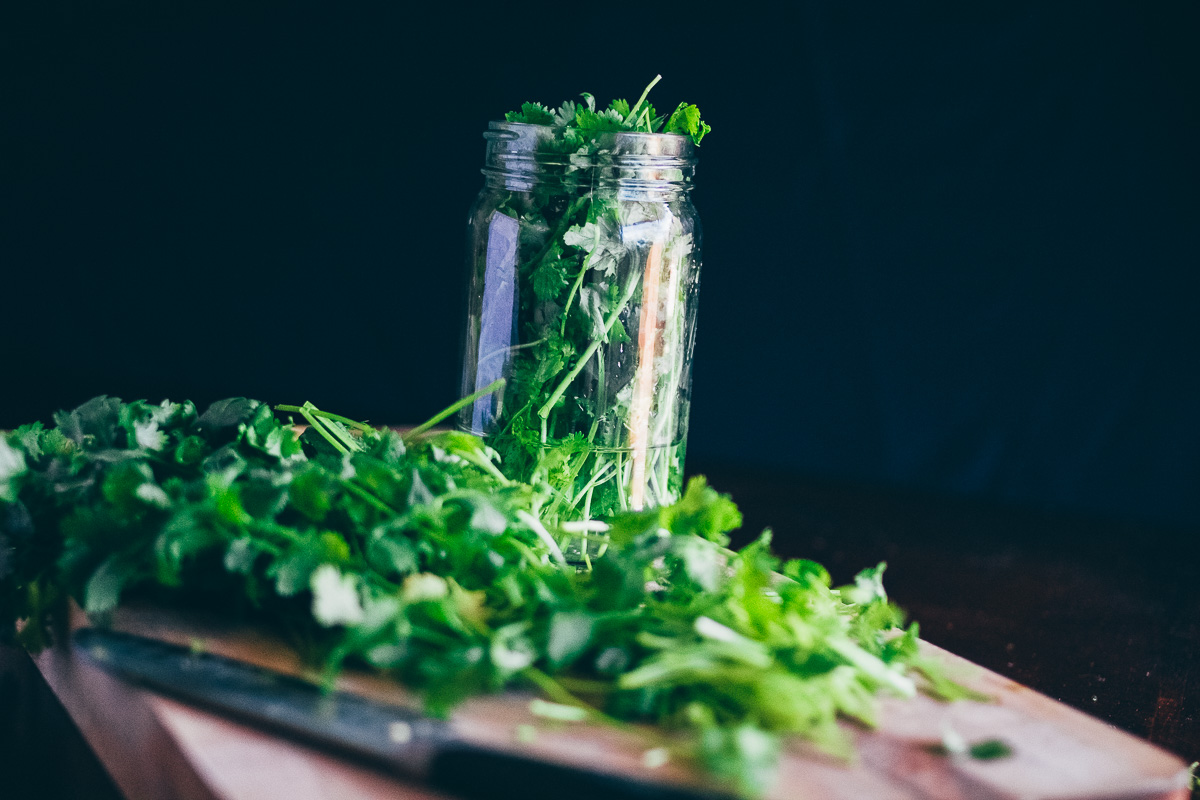 I can’t count the times I’ve gone to the fridge, opened the veggie drawer to grab some cilantro for a recipe, and be completely frustrated that […]
Do you like it?
0 Read more 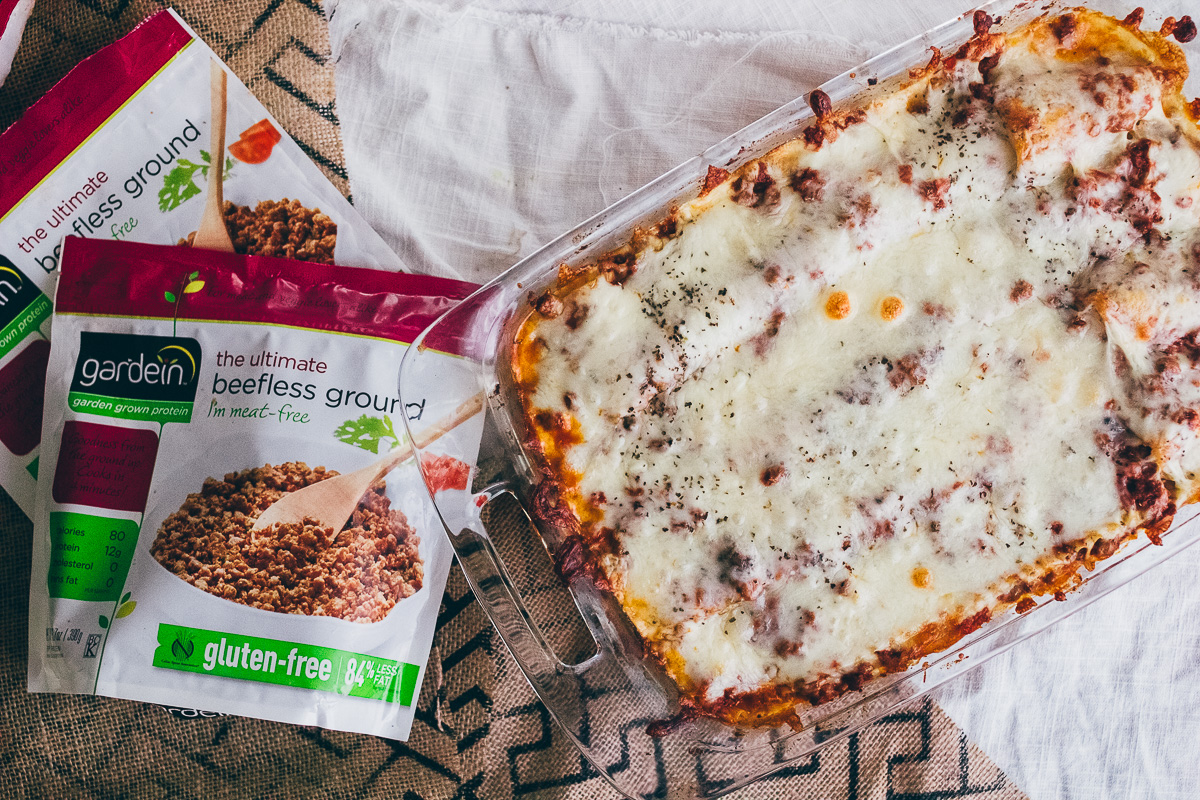 Beef isn't a meat we eat much of in our house. I'm pretty much the only person in the house that enjoys red meat. So being the short-order restaurant that my kitchen usually becomes, I have to find alternatives to make everyone happy...
Do you like it?
13 Read more 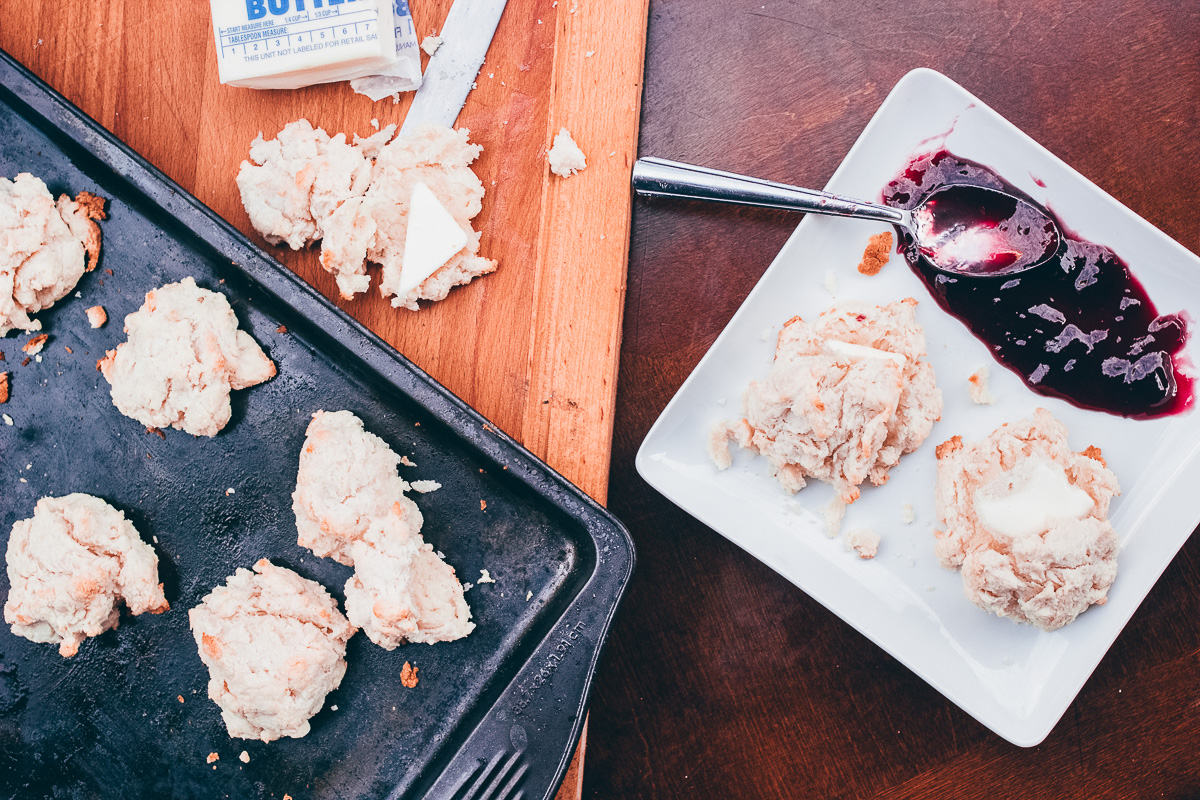 One of my favorite Saturday morning breakfasts was Drop Biscuits topped with butter and some concord grape jelly. My parent’s would bust out the box of […]
Do you like it?
0 Read more 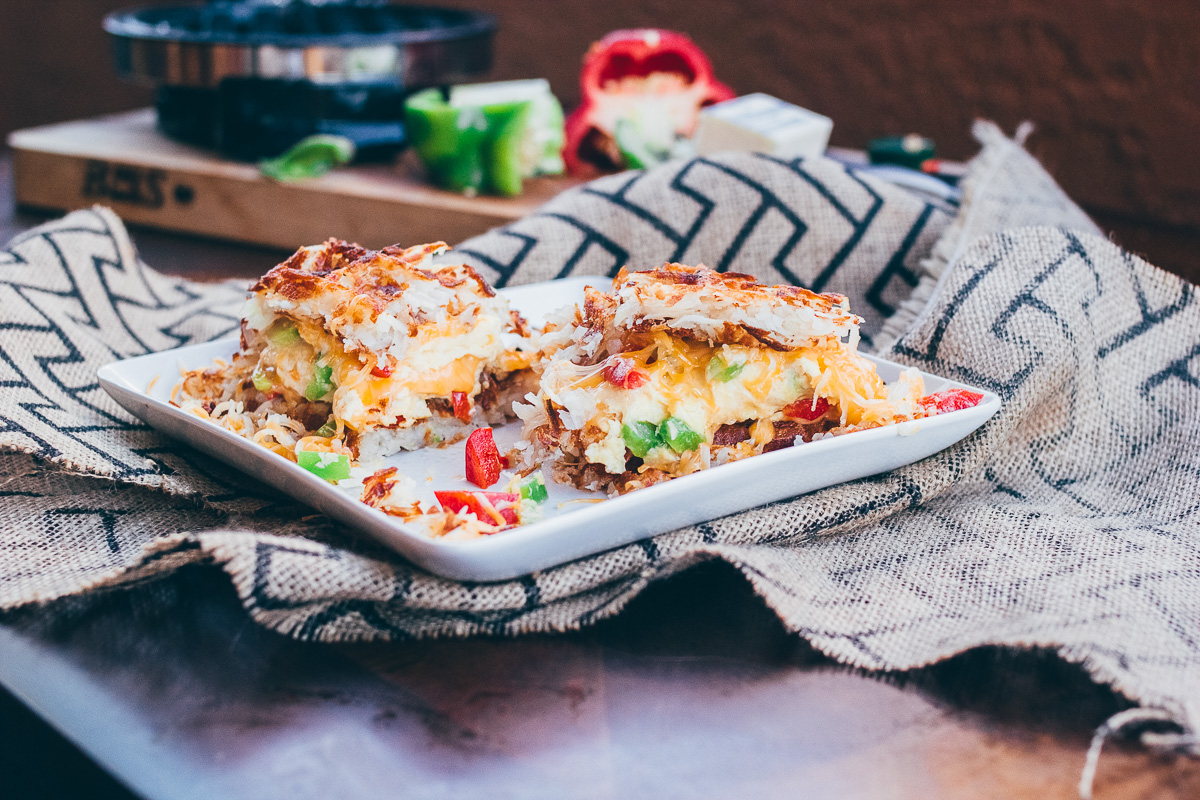 Making breakfast sandwiches is one of my go to breakfast meals. Just throw and egg on some toasted bread, melt cheese, maybe top with a little […]
Do you like it?
10 Read more 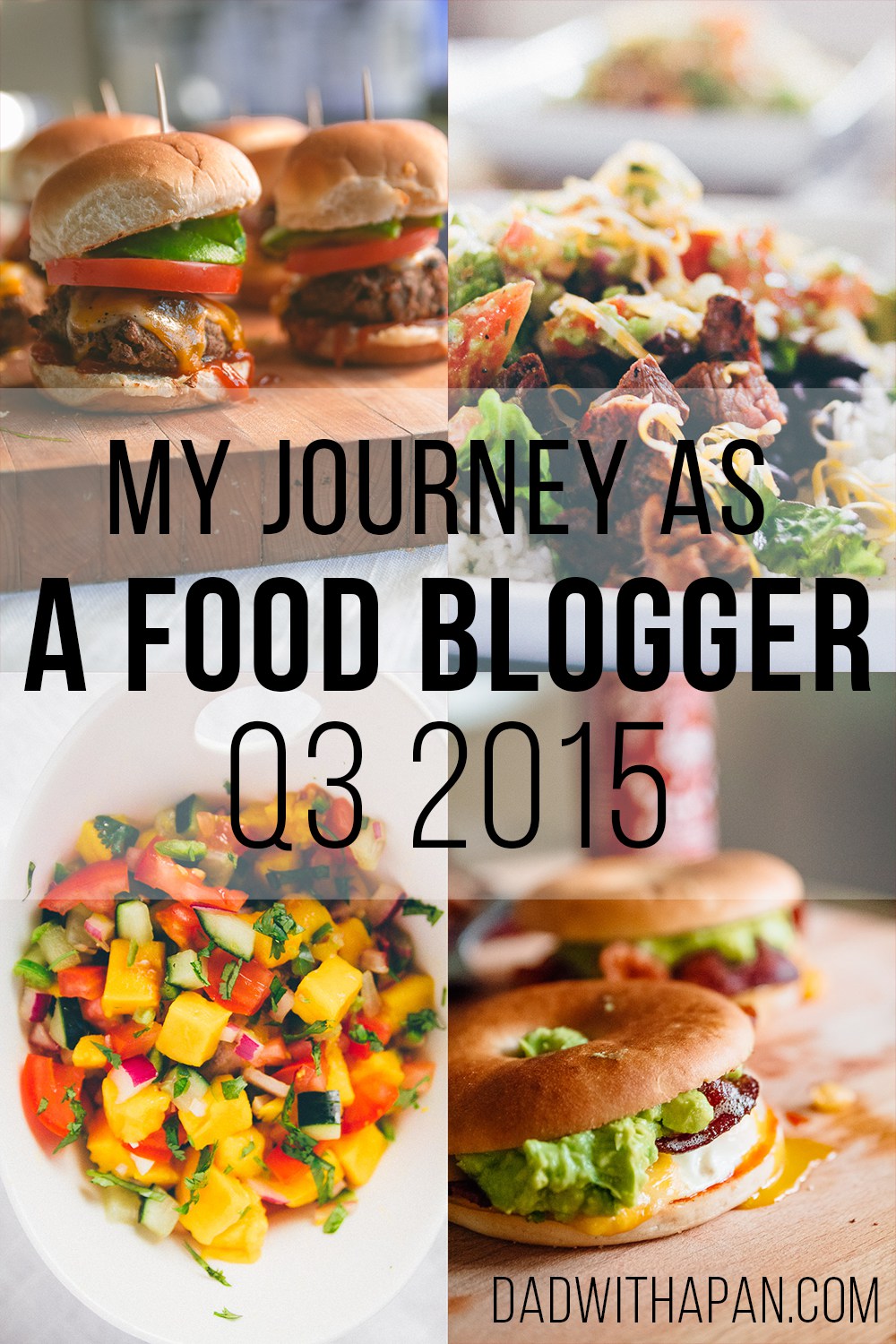 Well another quarter has come and gone as a food blogger, and its that time to pull back the curtains and share what’s been going on […]
Do you like it?
2 Read more 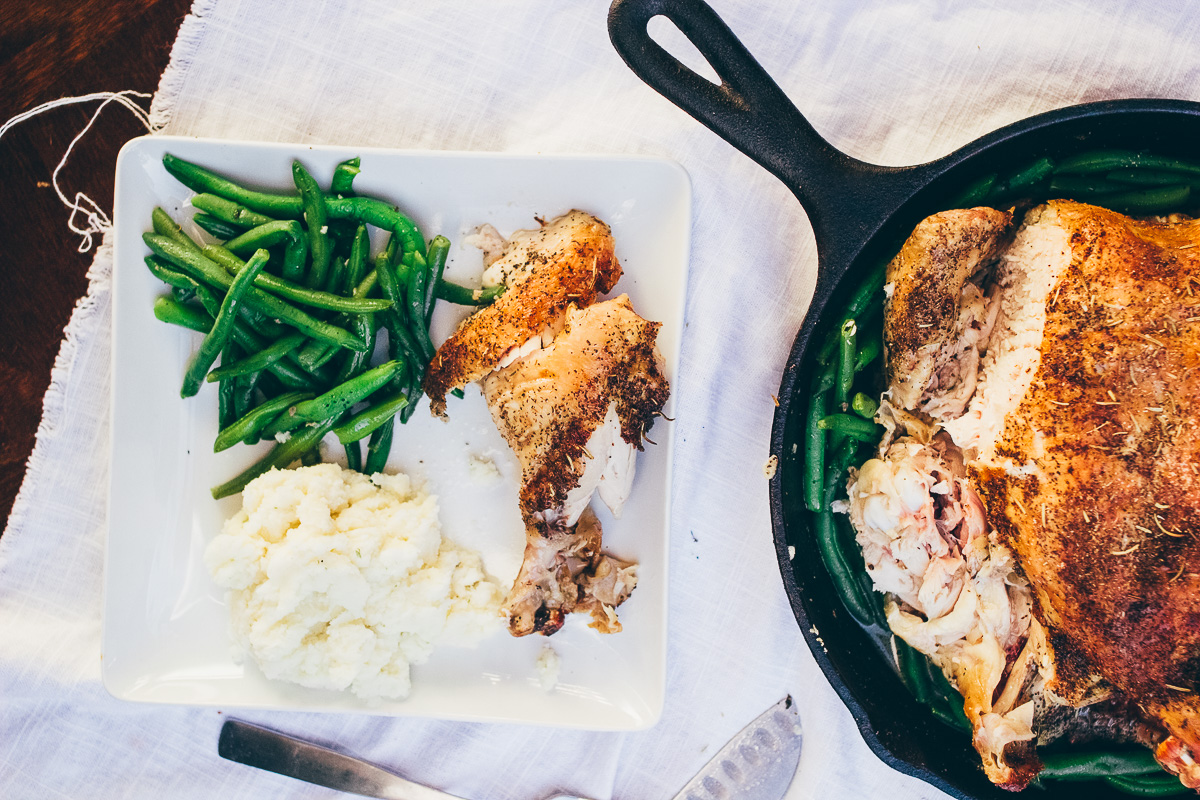 If I’m cooking a roasted chicken, the skin HAS to be crispy! My weakness is a crispy chicken skin, loaded with flavor in each bite and […]
Do you like it?
10 Read more
Load more