Since picking up my Traeger, I’ve been obsessed smoked brisket. Last weekend I finally had the chance, and am even more obsessed with Texas brisket now than ever!

I picked up a prime beef brisket from costco – which if you’re in California, I’m not sure if there’s anywhere else to find a prime grade brisket easily and affordable..ly..?

Picking out the right packer for a smoked brisket

Anyways! the key to a good smoked brisket is first the selection of a whole brisket packer. It really needs to be at least prime. If you’re feeling adventurous and have money to burn, there is Wagyu that looks insane, but get ready to drop a pretty penny on it.

Then is the fat cap. Try to find one with the least amount of fat on the fatty side. You’re going to trim most of that off anyways, so there’s no sense in paying a few dollars per pound for fat that is going to end up in the garbage (you could save it for sausage, but that’s another post for another time.)

One trick I’ve learned is the bend test. Pick up a brisket at your meat market and try to bend it into a U shape. The more it gives, the better chance you have a less fat you’ll need to trim.

How to trim Texas brisket for the smoker

I’ll have a post later on that delves into trimming. But for starters, you’ll want to trim off all but a quarter inch of fat, any silver skin, and any “hard” fat that wont render down.

At the end of the day, you’ll grilling for friends and family, so don’t over think it, just do what feels right.

The best rub for Texas style smoked brisket is..

From what I’ve learned from doing my research, is in Texas a brisket should be rubbed in two things. Salt and pepper.

I’ve added just a couple things to this rub give it a little extra kick. It’s primarily 1:1 salt pepper, but then I added a little celery seed, paprika, and some cayenne

Smoker temperature, time and the wrap

You can ask a handful of grill-masters and I’m sure they’ll all have their own opinions. Honestly wouldn’t say any method is right or wrong. It’s just a way to do it!

For this cook I’m cooking a 15 lb beef brisket at around 260-270. I’m smoking it with a blend of hickory, oak and cherry pellets. Then I wrap in pink butcher paper halfway through the cook.

There’s other methods of not wrapping at all, and the controversial “Texas Crutch” Which is wrapping in tin foil, which will speed up a cook and get through the stall

I’d say this is on the upper end of the “low and slow” method for smoked brisket. I’ve seen people doing hotter, and get great results, and then there’s the die-hard #220ForLyfe purists.

When finishing your cook, the rule of them is “It’s done when it’s done”. You’ll look for a temperature anywhere from 195 to around 210. But what you really want to look for is the feel of brisket.

When probing, you’ll want to feel little to no resistance. It’s described as poking into room temperature butter. When pulling your brisket off the grill it should be nice and jiggly

If you’re new to smoking a brisket, this is one of the most important steps: LET IT REST! Cutting into your brisket or any barbecue meat right from the pit, will result in dry meat. Let it rest for a couple hours so that the meat can relax and re-absorb the juice that its lost.

You can let it rest (still wrapped) on the counter until it comes down to around 150. If you’ve finished your cook a few hours in advance, don’t worry. Wrap your brisket in a large towel, and store in a cooler to hold the temperature longer

Also a little word to the wise: don’e spill any of that juice that’s in your precious package. I’ve done that before and half of my brisket came out dry because it had now juice to re-absorb!

If you’re making a whole smoked brisket, you’ll have to cuts of meat: the flat (leaner), and the point (fattier). Both cuts should be treated a little different.

You’ll want to cut against the grain as usual. For the flat, cut in 1/4 inch strips, then when you get to the point, rotate it 90 degrees, then cut in about 1/2 inch strips.

You’ll know when you get to the point because you’ll start to see the center of your brisket with fat.

The point is my personal favorite. I’ll cut up about half of it into strips, then cut the rest of it into 1 inch cubes.

Then slather it in barbecue sauce, and let it cook on the grill to let the sauce tack up. It’s like meat candy!

As you can tell I have A LOT to say about smoking brisket. This has been about a 3 month research project for me, and I’ll have a few more brisket recipes coming down the pipe.

It’s got so many good pointers and tips and will help you feel more confident in smoking meat, especially a brisket. 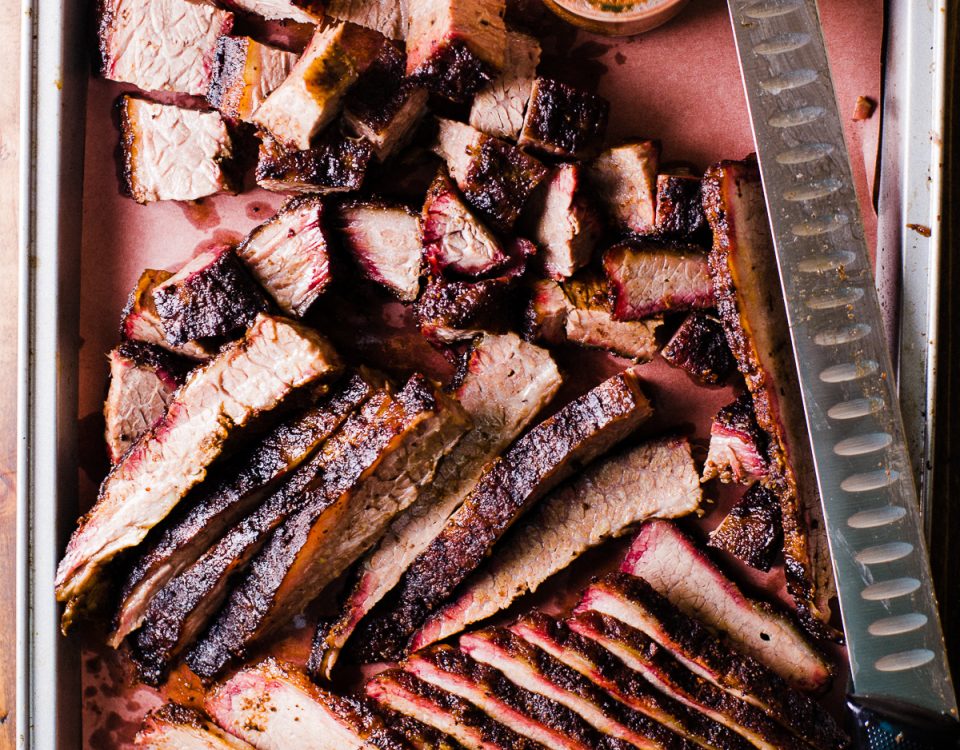 Since picking up my Traeger, I’ve been obsessed smoked brisket. Last weekend I finally had the chance, and am even more obsessed with Texas brisket now […]
Do you like it?
0 Read more 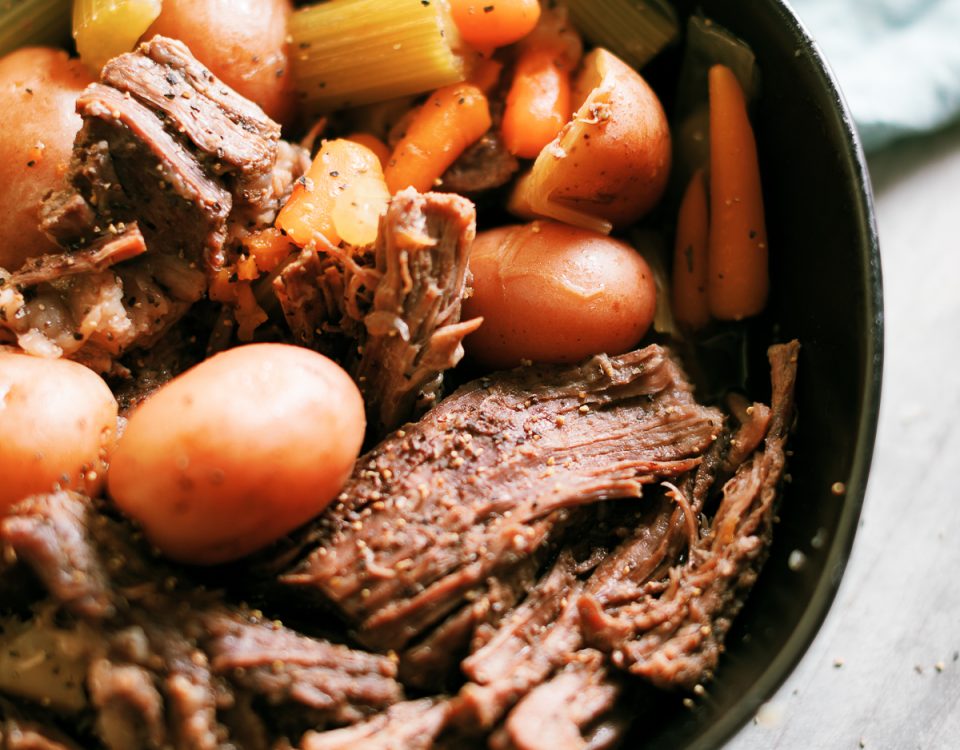 Instant Pot Pot Roast.. That name just slides off the tongue right? Let’s try this again. Instant Pot Roast. That’s better! This Pot Roast is prepared […]
Do you like it?
0 Read more 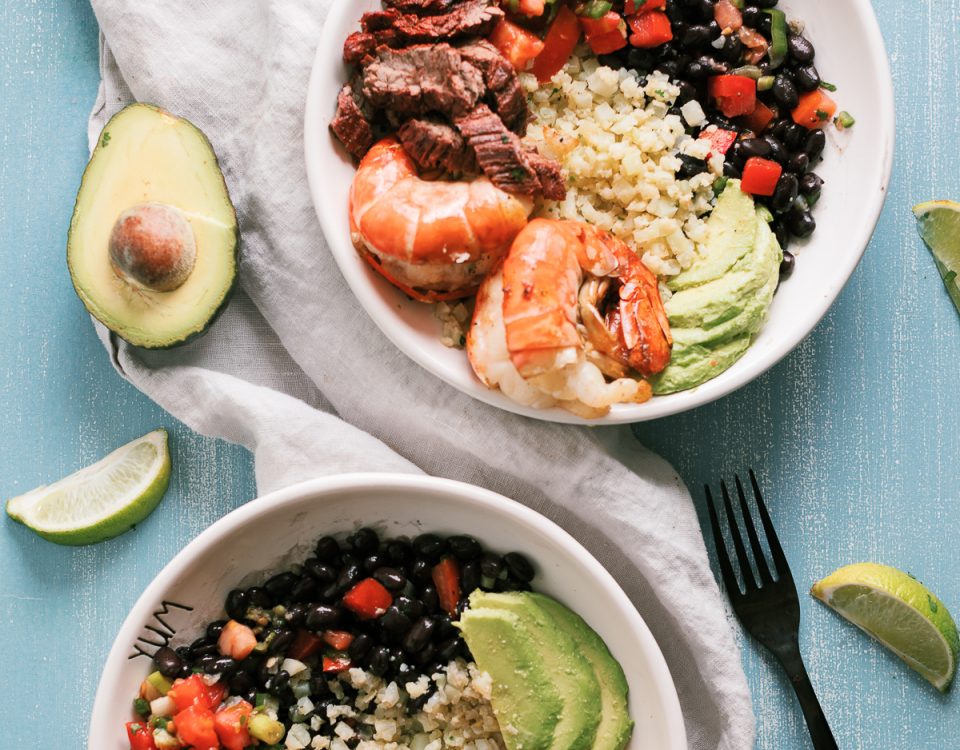 Rice bowls have always been my favorite healthy-ish go to meal. But what if you’re trying to lighten it up just a bit more? You’ve gotta […]
Do you like it?
0 Read more 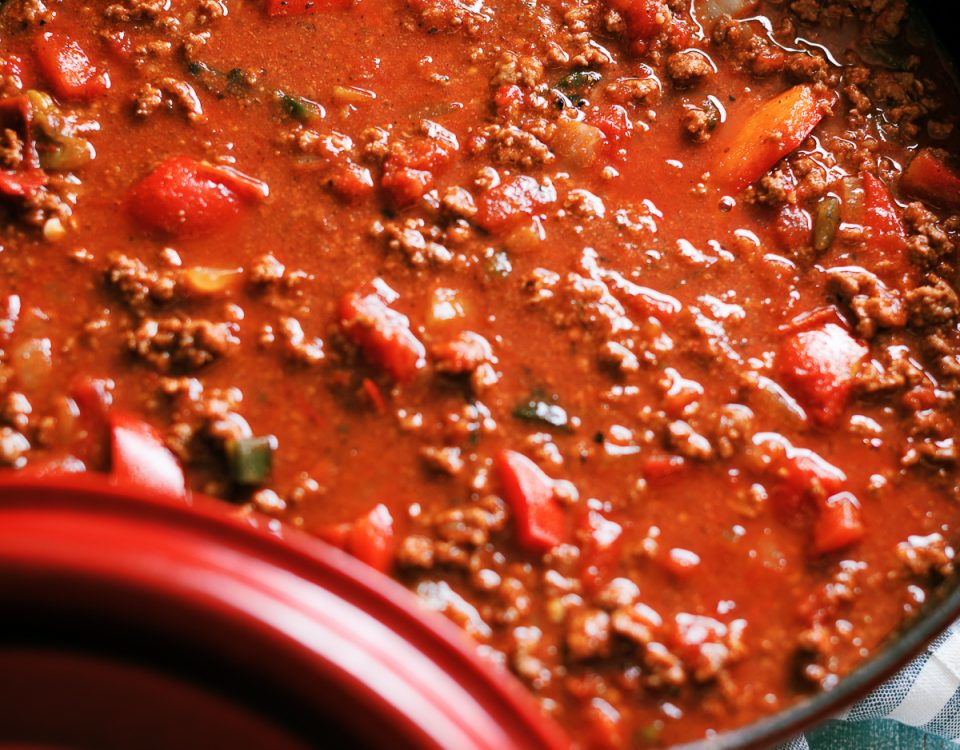 Chili is always a favorite of mine. But right now I’m limiting carbs, so and needed a chili fix. This Paleo Chili recipe just what I […]
Do you like it?
0 Read more 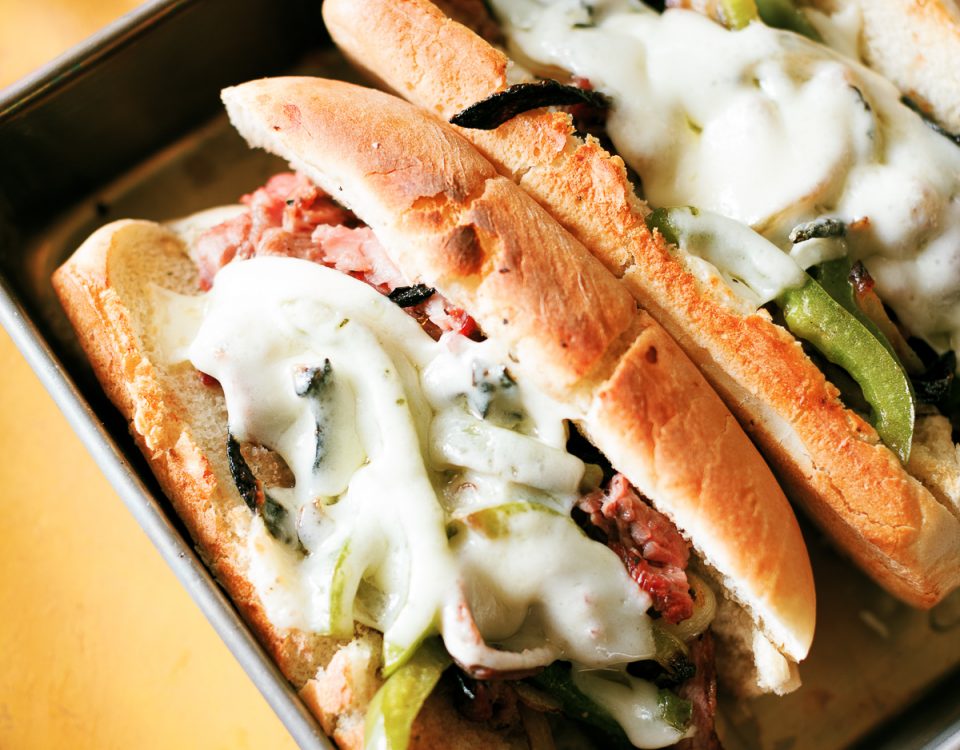 Tri Tip seems to be a little foreign to people outside of California. But if you can get your hands on a tri tip, do yourself […]
Do you like it?
0 Read more
Load more