I’ve always wanted to make my own carne asada marinade. Since I worked in the meat department when I was younger, I was responsible for prepping the carne asada. It was just a pre-mix that I would add some fresh vegetables and orange juice. It was good, but it wasn’t great. 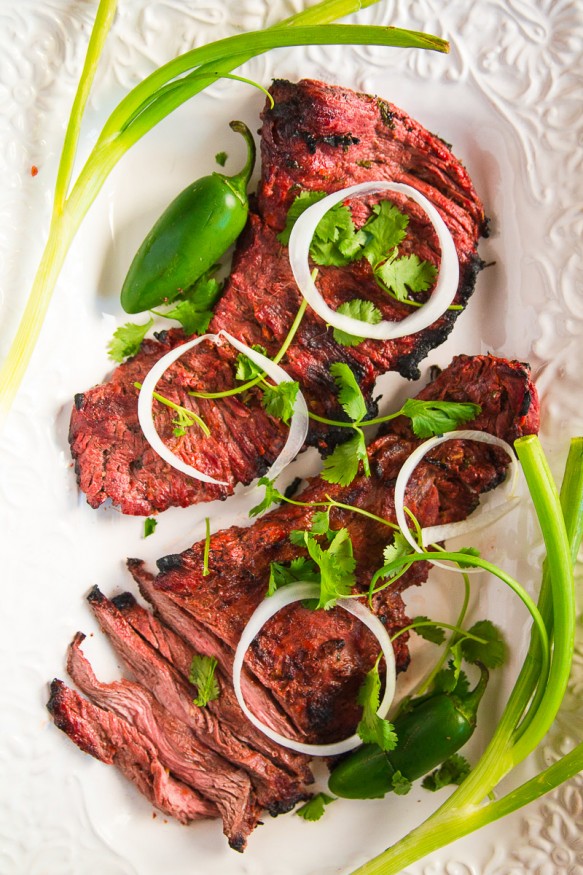 I’ve done a lot of research and have put together an amazing carne asada marinade recipe! It’s full of flavor, using beer and fresh citrus ingredients, with some heat and smokiness using cayenne, jalapeno, and smoked paprika. Whether you’re cooking it for your family or at a cookout, it’s going to be a hit! 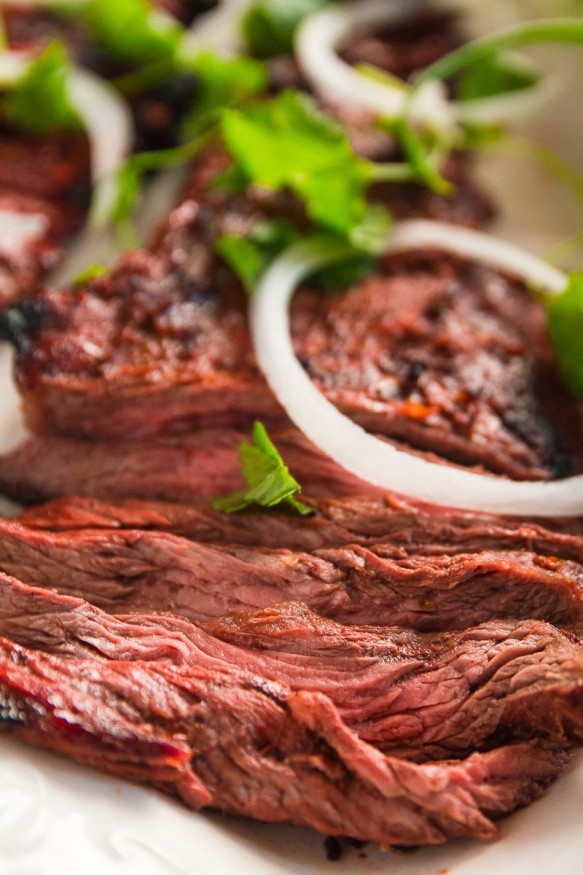 Like myself, I’m sure most of you buy your carne asada from the meat counter. It can be intimidating just thinking of making your own carne asada.

Making your own carne asada marinade isn’t that difficult. Once you learn how to make it yourself, you’re never going back to the meat counter! 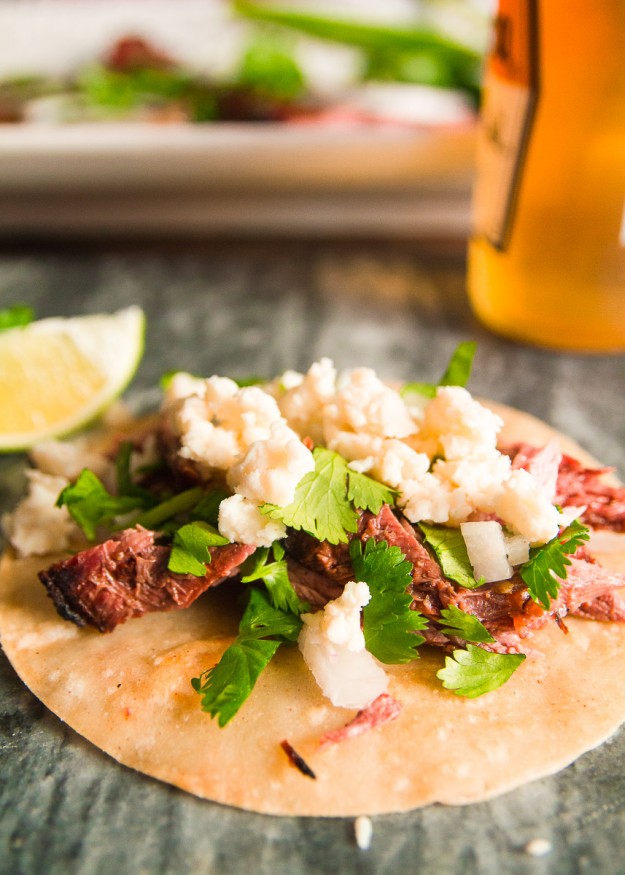 Turn Up The Heat

This marinade has a good amount of heat, but if you want to make it spicier, I would suggest blending the jalapeno in with the guajillo pepper so it really gets absorbed by the meat 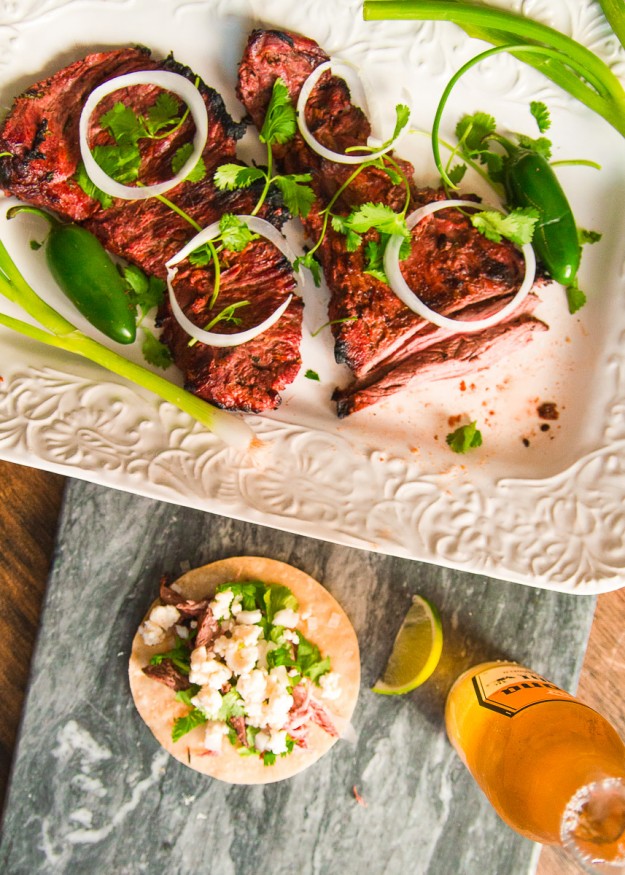 This marinade as listed will easily marinate 5 lbs of meat. I used about 2 pounds so I was able to marinate in a bowl. If you’re using more meat, use something a little more shallower like glass baking dish so you have more surface area to soak the meet in. 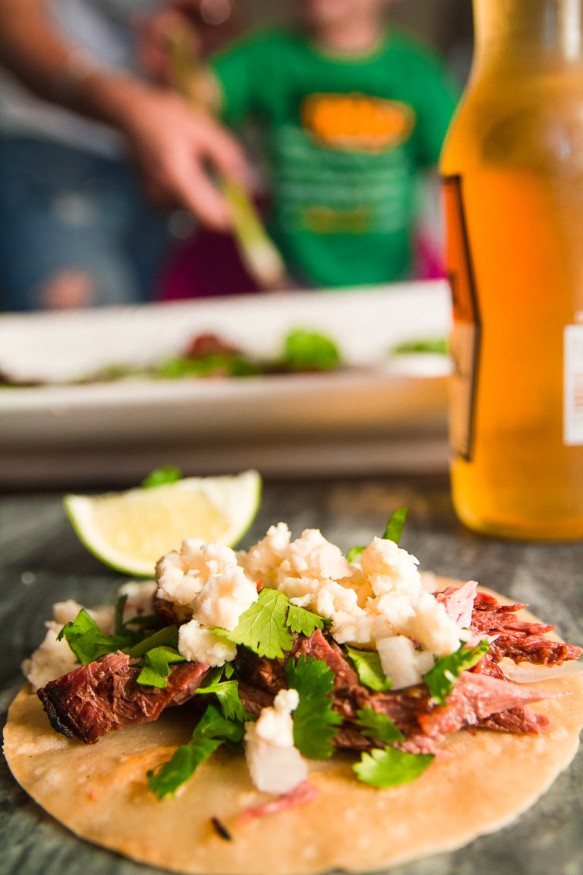 You can marinate this around 4 hours, but you’re really going to want to do an overnight soak. You’ll really get a lot of flavor in your carne asada by doing so!

Use The Right Cut Of Meat

Make sure you use flap meat! Not skirt, not flank. Flap. Skirt steak can easily be confused with flap by appearance, but it comes from another section of the cow which can come out tougher. Go with the good stuff. Use flap meat!

This is of course up to you, but I highly recommend cooking this at medium. Medium rare doesn’t really allow the flavor to cook in, and well turns out a little too dry. 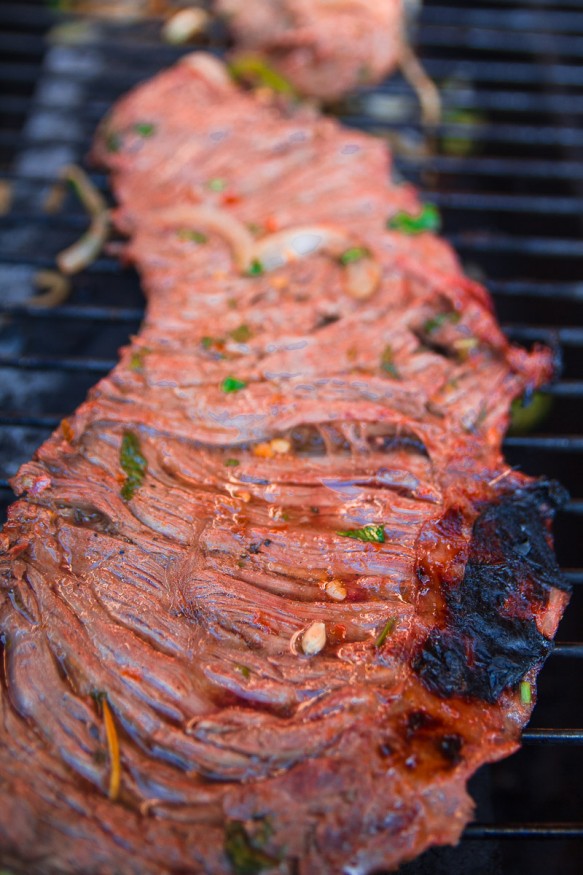 Want some ideas on what do with with your carne asada? Check out these carne asada chili fries, or this carne asada burrito bowl! Prep Time: 15 minutes
Cook Time: 10 minutes
Total Time: 1 day 25 minutes
Servings: 5 pounds
I've done a lot of research and have put together an amazing carne asada marinade recipe. Full of flavor, using some beer and fresh citrus, and adding a some heat and smokiness using cayenne jalapeno and smoked paprika. Whether you're cooking it for your family or at a cookout, it's going to be a hit!
Print Recipe 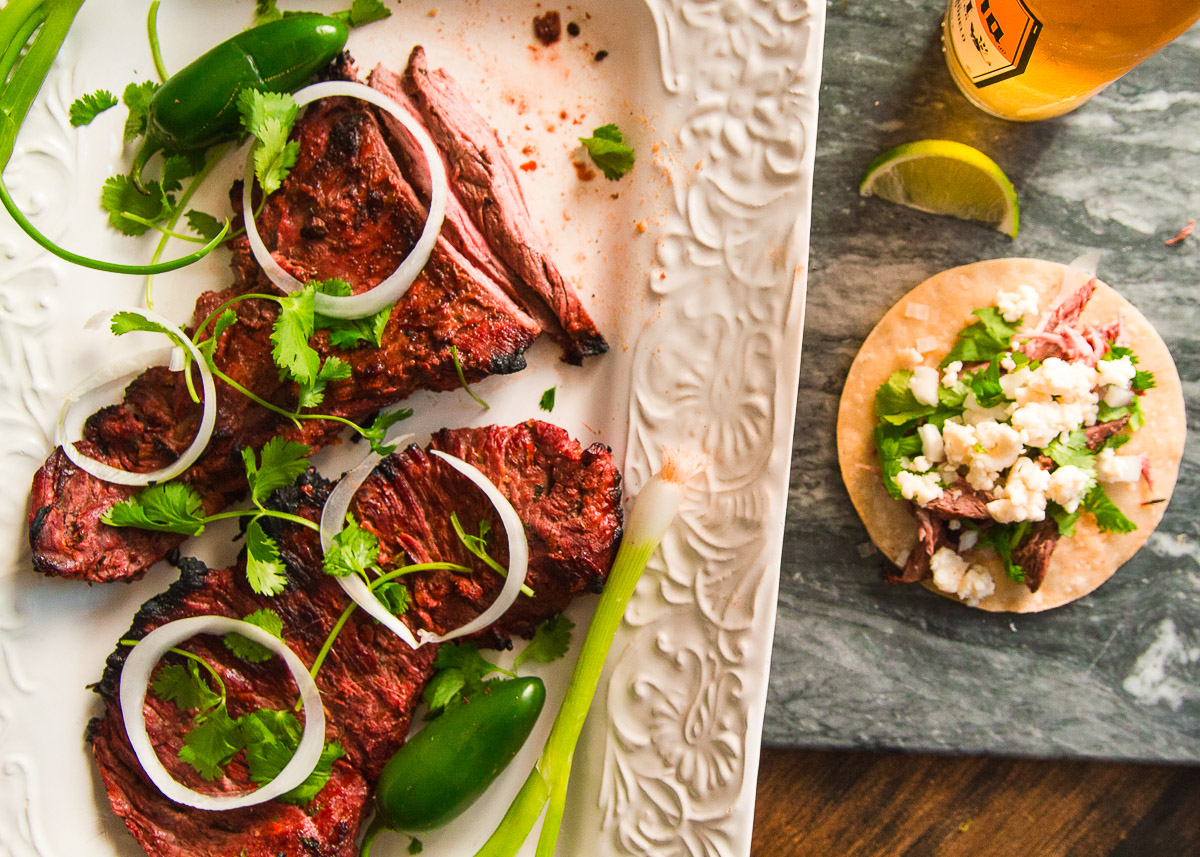 I’ve always wanted to make my own carne asada marinade. Since I worked in the meat department when I was younger, I was responsible for prepping […]
Do you like it?
31 Read more 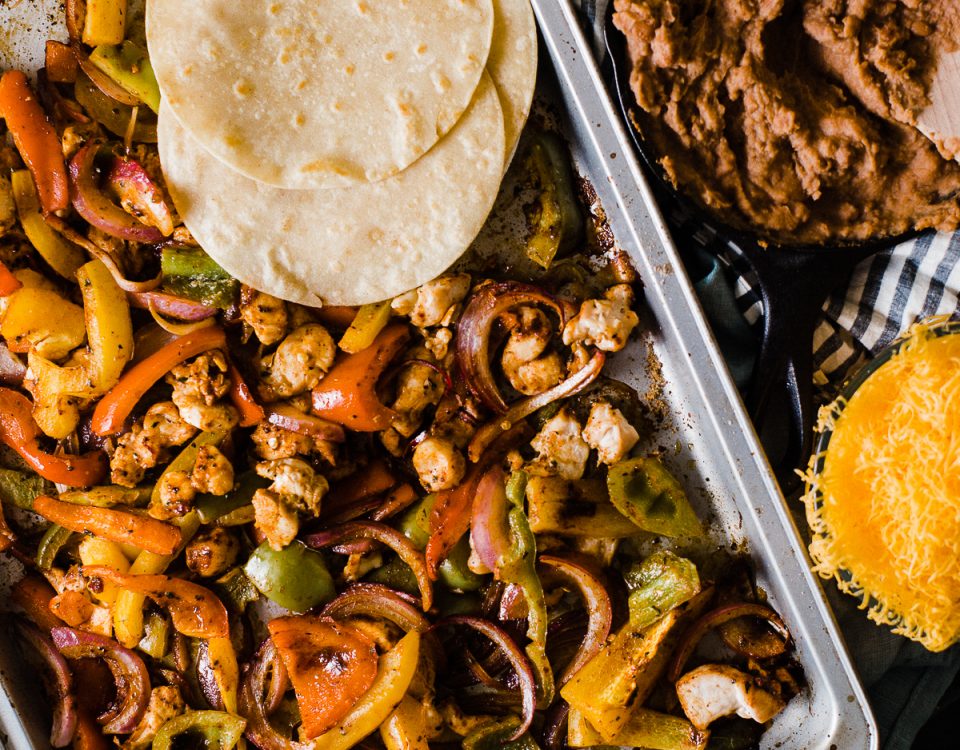 Chicken Fajitas are one of my go-to weekday meals. They’re easy to make, especially when done in the oven all on one sheet pan. It’s super […]
Do you like it?
0 Read more 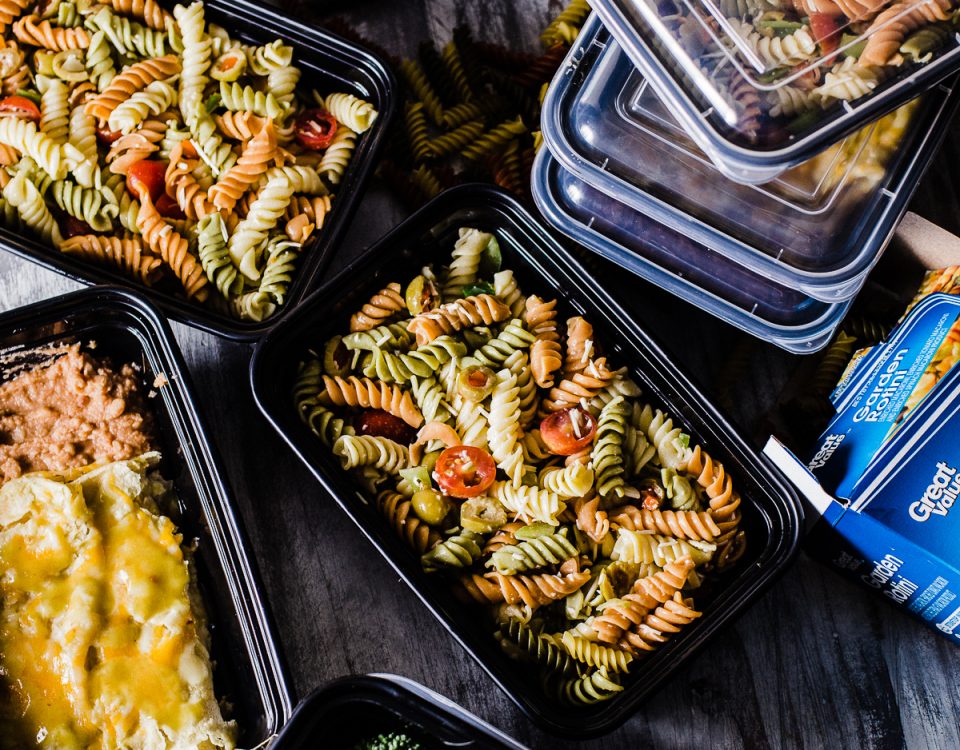 Dealing with changes can be tough. We’re going through our first of school with our little guy and trying to establish new routines. So, every ounce […]
Do you like it?
0 Read more 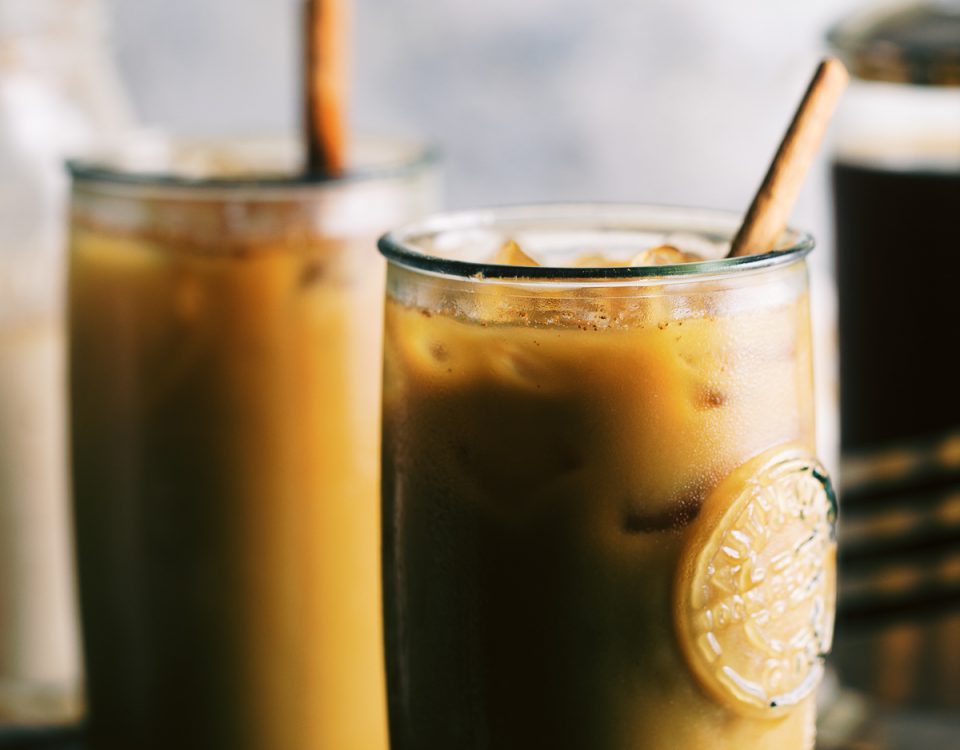 Today is the last day of summer, and what better way to ring it out with an iced coffee concoction? An Iced Horchata Latte sounds like […]
Do you like it?
0 Read more 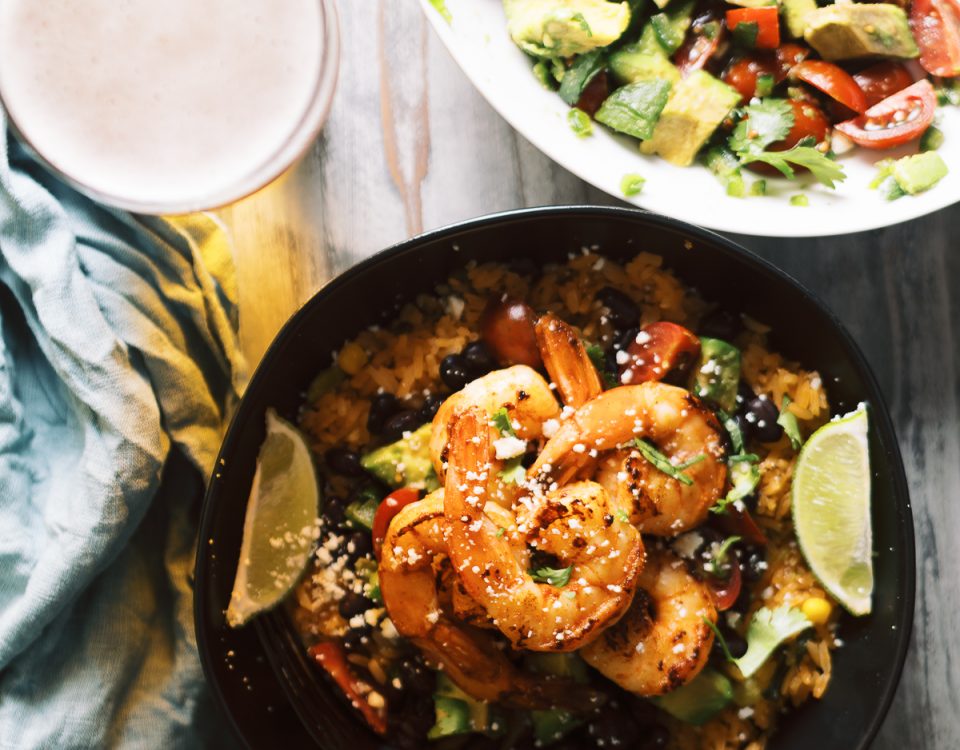 It feels like its been YEARS since I’ve made us some rice bowls. I would cook up a shrimp taco bowl at least once a week. […]
Do you like it?
0 Read more 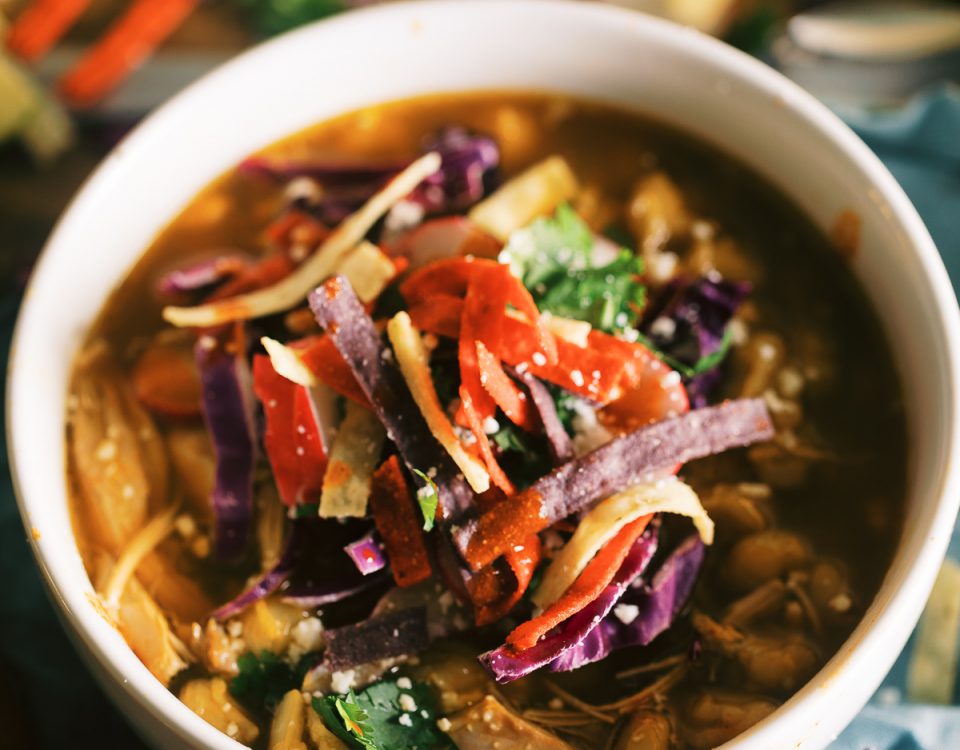 Pork Posole is probably the most well known way to make posole, but can you believe I’ve never had it? I normally make my posole with […]
Do you like it?
0 Read more
Load more