How To Cook Crispy Bacon In The Oven

Crispy bacon is the only way to eat bacon if you ask me, and cooking bacon in the oven is the best way to make it crispy! Well, if you asked me before I met my wife I probably wouldn’t have had an opinion either way because bacon is just too good to eat either way. But well done crispy and crunchy bacon? The bee’s knees!

I normally cook bacon in my skillet on the stove top. But lately I’ve started to find myself dragging my feet into the kitchen dreading having to wait so long to cook all the bacon, having to cook about 12-16 strips for a family of 4. Ok we’re more like a family of 2 1/2 but I eat enough bacon for the remaining 1 1/2 person! 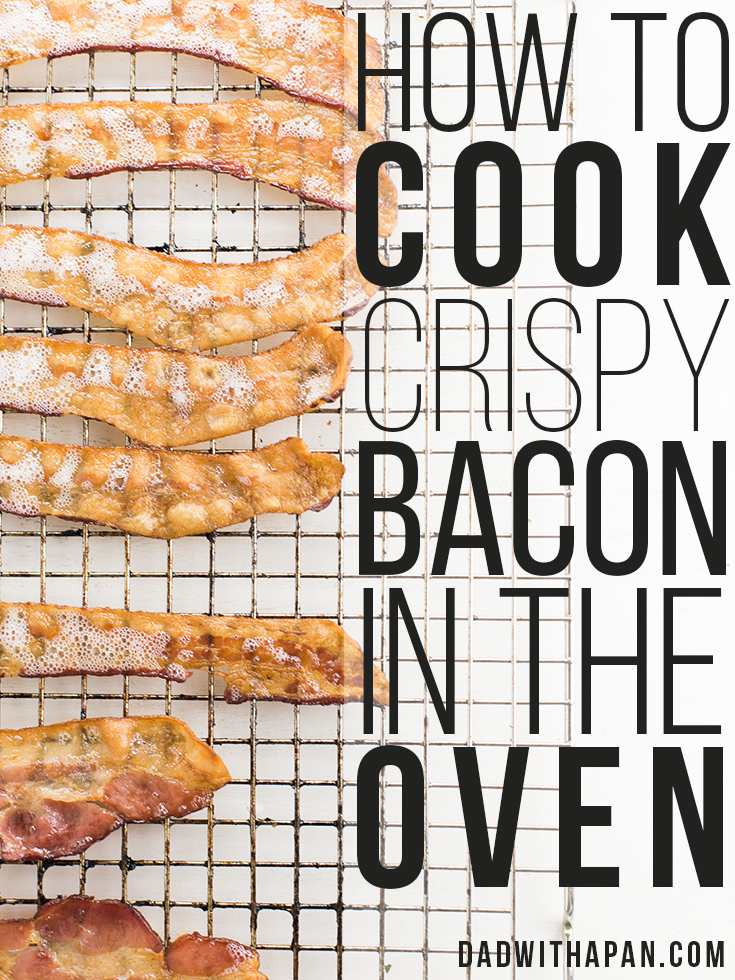 When you bake bacon, you’re not only saving yourself time, but you’re saving yourself a mess on the stove top. Unless you have one of those nifty splatter contraptions, you’re going to have bacon grease popping all over the place, and worse case, your arms!

On top of that I really hate having to tend to the bacon and make sure it’s being flipped so one size doesn’t burn until you finally have enough grease in the pan that you’re basically frying bacon. I have no problems with that. I just don’t have the patience before I’ve downed my first cup of coffee to wait for that moment! 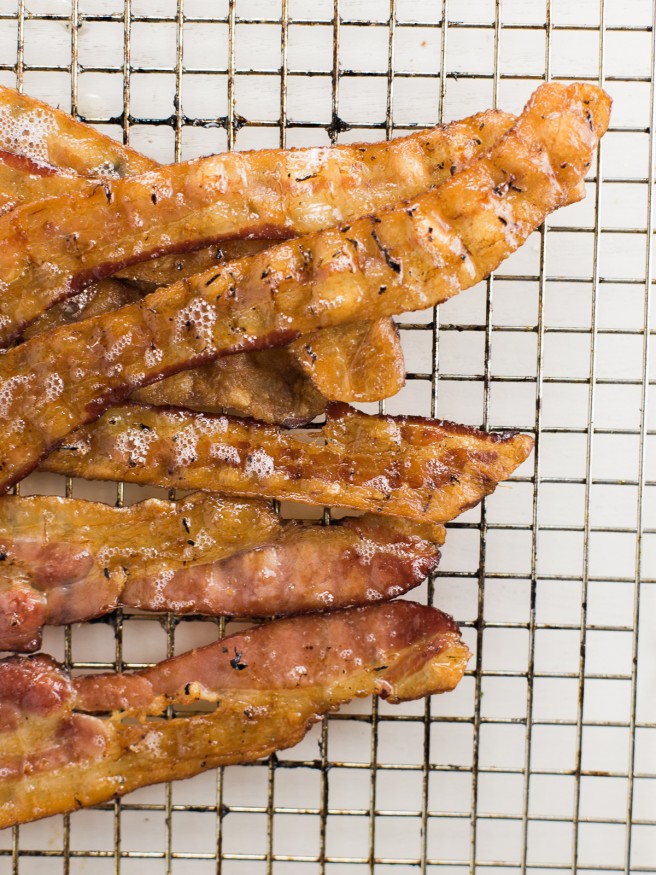 Cooking your bacon in the oven is a lot simpler and makes more sense when you’re cooking in bulk, and you can even just throw the leftover bacon in the fridge and you have some bacon to make an awesome breakfast grilled cheese sandwich in no time flat for another day!

On top of all that baking bacon does have a little health benefits as it’s not sitting in its own grease keeping the fat content a little lower than it would be had it been on the stove, patting it dry afterwards with a paper towel getting the rest of that grease off! 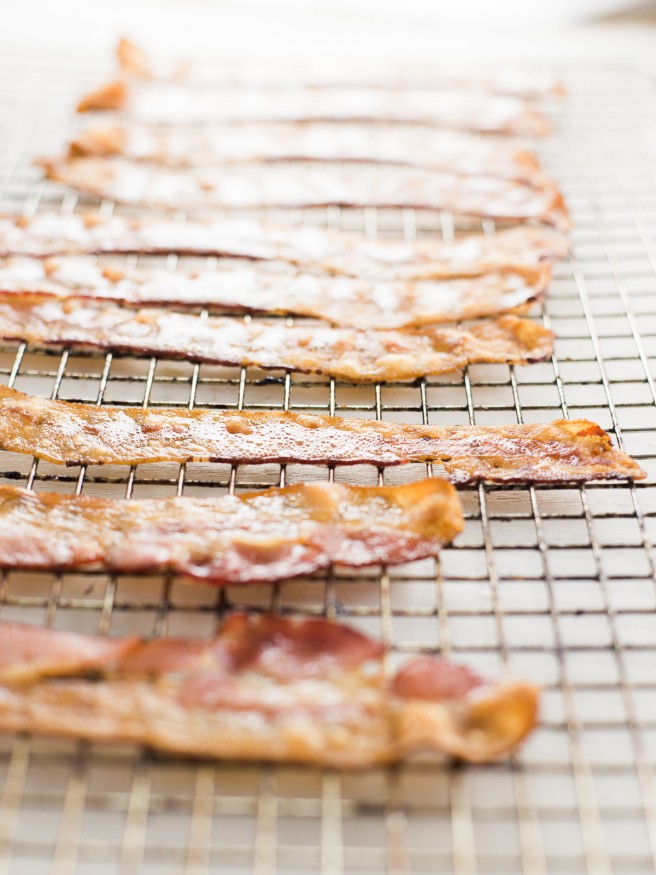 The trick to cooking crispy bacon in the oven is 2 things:

Bake bacon on a cooling rack.

Get one of those cooling racks for baking, they’re amazing. I use it for anything that I want to “fry” In the oven. It essentially keeps the grease and any moisture from building up keeping it nice and crispy on both sides. Just make sure you have a baking pan underneath to catch the bacon grease.

Cook bacon in the oven while it preheats.

I really wish I could remember where I got this tip from so I could reference (It must have been a cooking show) it but it really works! On top of that it saves you the time waiting to preheat, so it’s definitely a win-win! 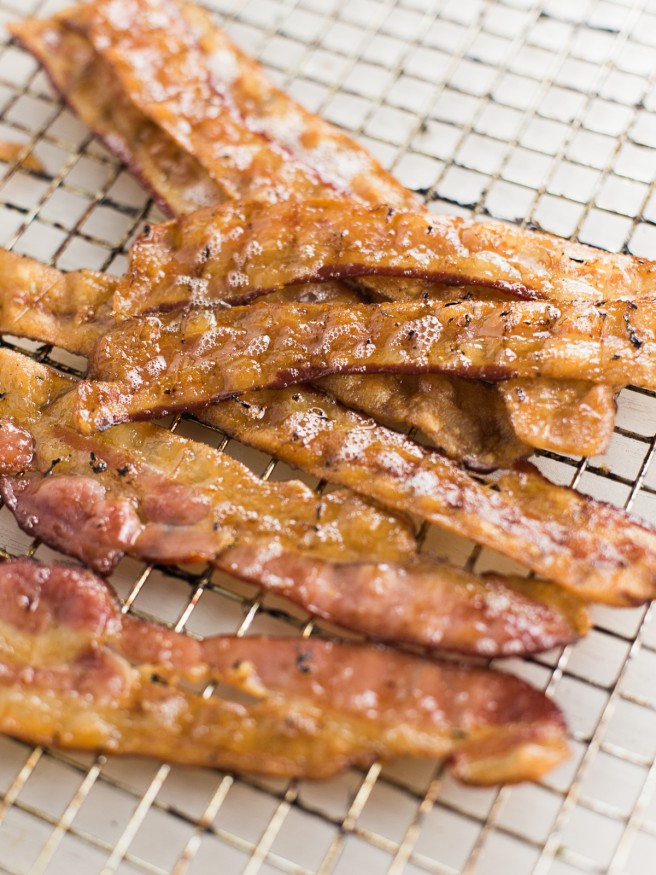 Cooking times and temperatures always range, but what works for me is 350°F or 175°C at around 15 minutes, making sure that I keep an eye on it at the end, making sure it’s not burnt. 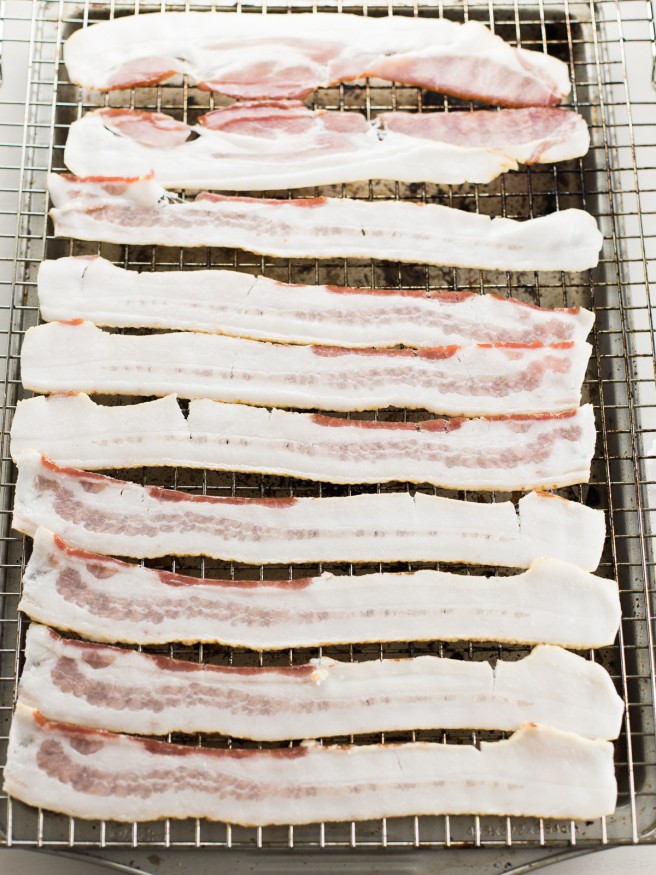 It’s really the best way to cook bacon – It’s crunchy, with the fatty bits melting in your mouth and it lays in perfect straight strips, evenly cooked. No burned middle and raw ends, ARRGGGH I’M RAGING ALREADY JUST THINKING ABOUT THAT!

I can’t tell you how many times I’ve set off the stupid smoke alarm in our small apartment trying to get bacon cooked, then leaving for work smelling like bacon grease. 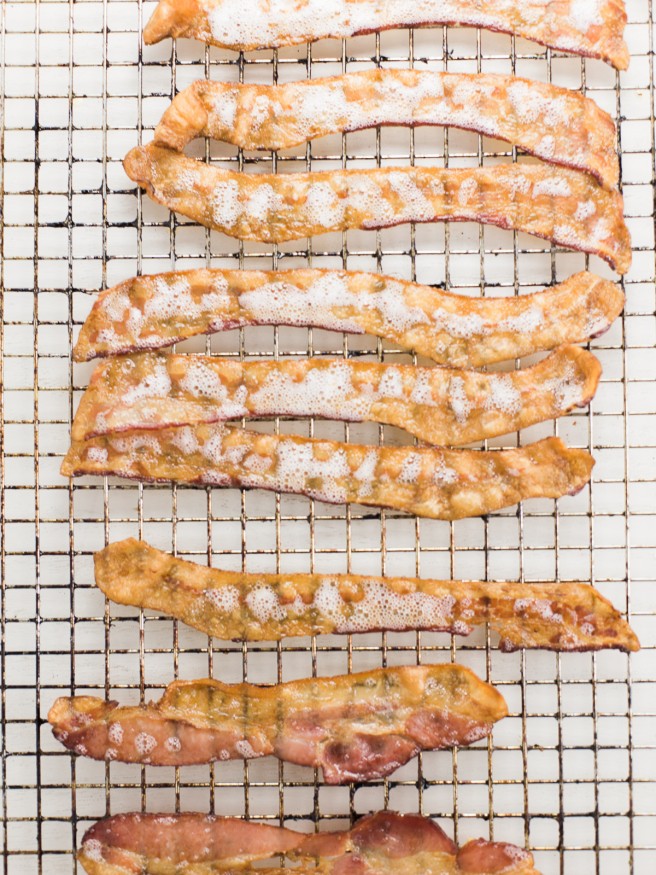 None of that happens when you bake bacon. It’s almost like its bacon’s of telling you “Hey… This is the way I was meant to be cooked.” Who am I to argue?