Ever since I made my Meatball Marinara Zucchini Boats, I’ve been really wanting to try to make another zucchini boat for the family. They’re so easy to make, and takes absolutely no time at all to get dinner on the table. 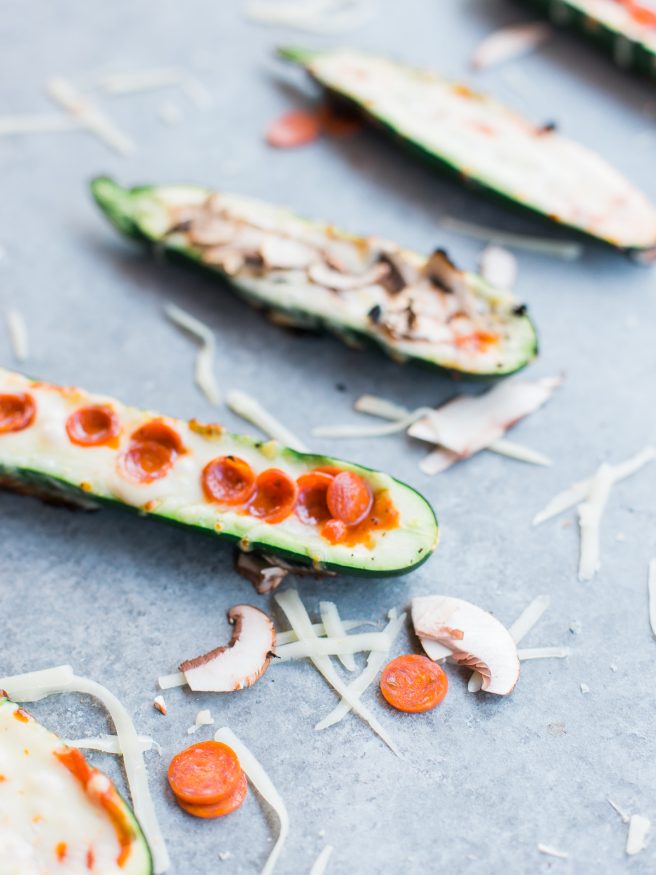 We had a last minute plan to go to Disneyland yesterday for a few hours (things you do when you’re an annual passholder right?) and I decided to treat the family to some gluttonous theme park food while we were there.

Needless to say, I was craving something lighter for dinner. 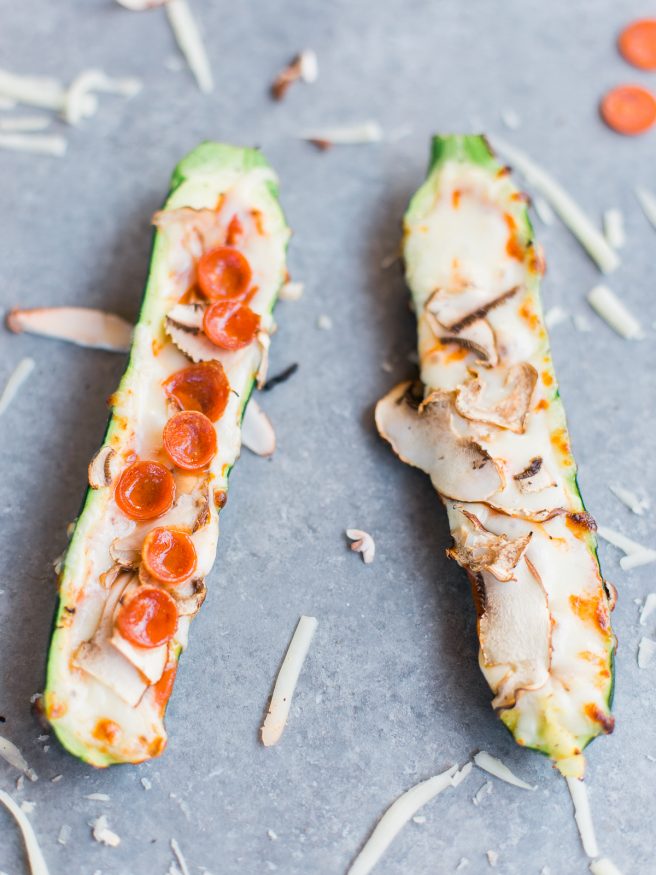 Taking some of my marinara on hand, I gutted out some zucchini, topped them off  with a little marinara, mozzarella, pepperoni and mushroom, then tossed the zucchini boats on the grill for about 5 minutes. 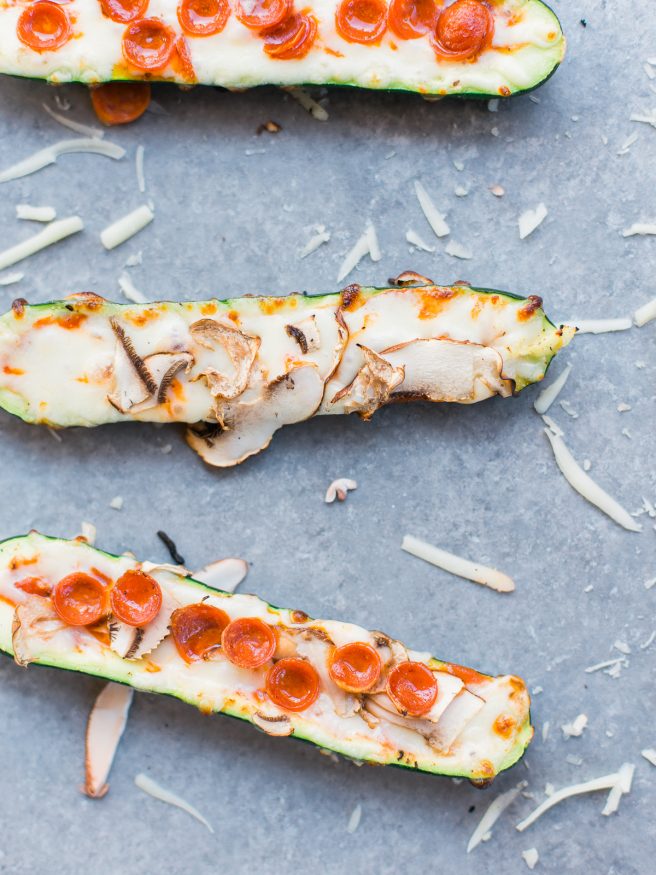 Here’s the moment of truth: did our toddler eat my pizza zucchini boats? Ehhhh.. He at the topping and at least tried the zucchini. But he’s been on a broccoli kick (he calls them “trees”) So he ate some of that instead. So I’ll take that as a win!

These can be done in the oven at 450 obviously, but the weather has been so ridiculously hot lately, that I rather not heat up the house.

Grilling the zucchini boats gets the job done, and adds a little more of a char flavor to them which I really liked.

Obviously it’s up to you on what toppings you want to put on, try some pineapple and pepperoni, or some bbq chicken. it’s up to you! 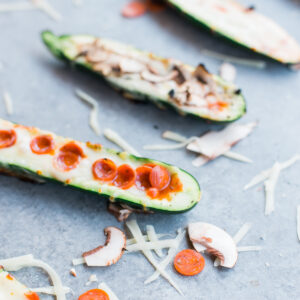