Oh, whats that? The kids are back to school?’ Then it’s time to celebrate with a cool treat for us parents! I don’t care if it’s only noon on a Tuesday, these hard root beer float popsicles are the best way to cool off and take the edge off during a warm summer day! 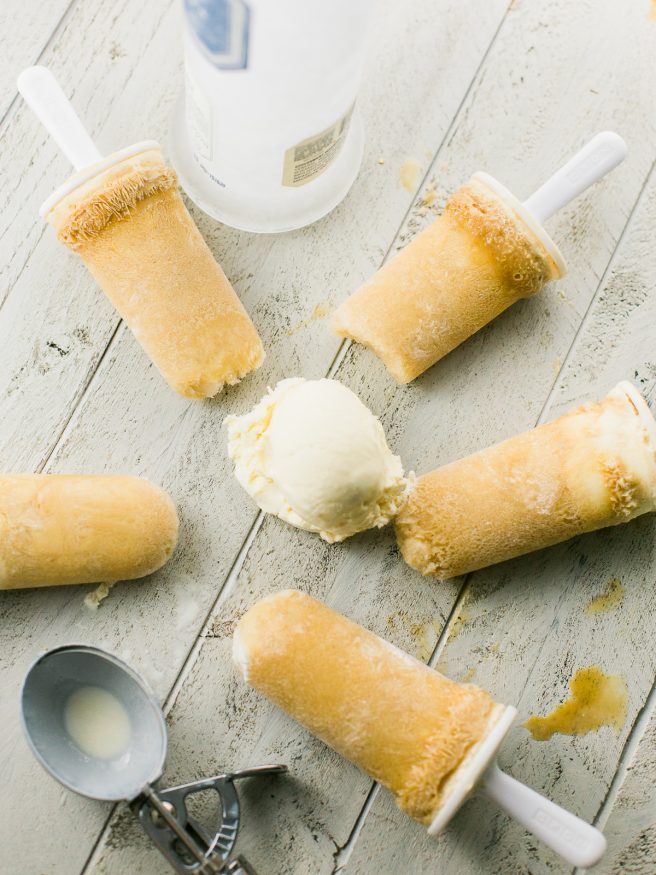 This is such an easy recipe you can put it together when the kids are getting ready for bed, and they’ll be frozen and ready to go just in time for an afternoon snack! 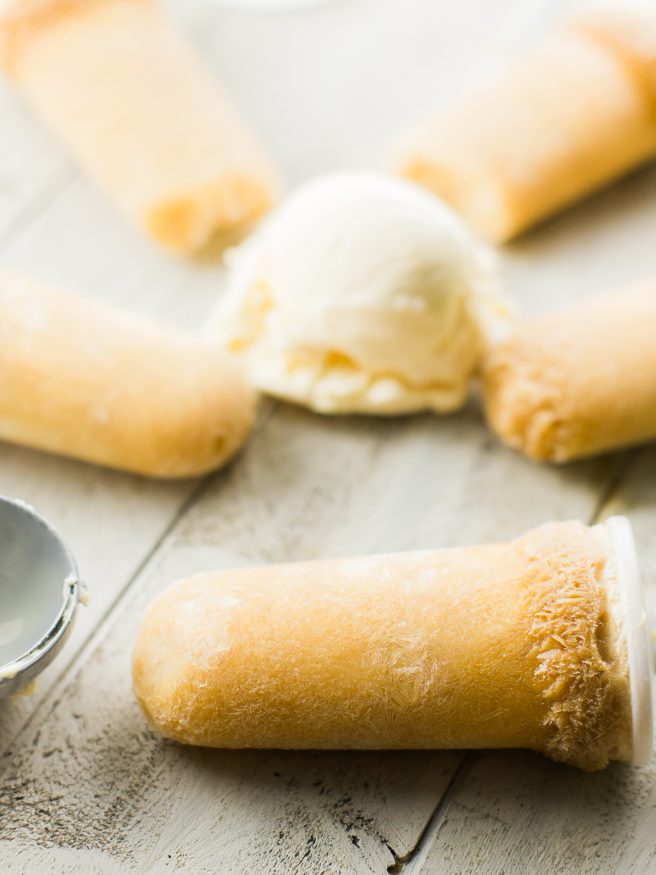 This is also a great treat to bring along to those end of summer barbeque parties coming up, along with some Bacon Slaw Burgers. Because yes, summer is over in a month, how that happened I don’t know. Out here in sunny SoCal however, it makes the least bit of difference since we live in an area that forgot winter exists! 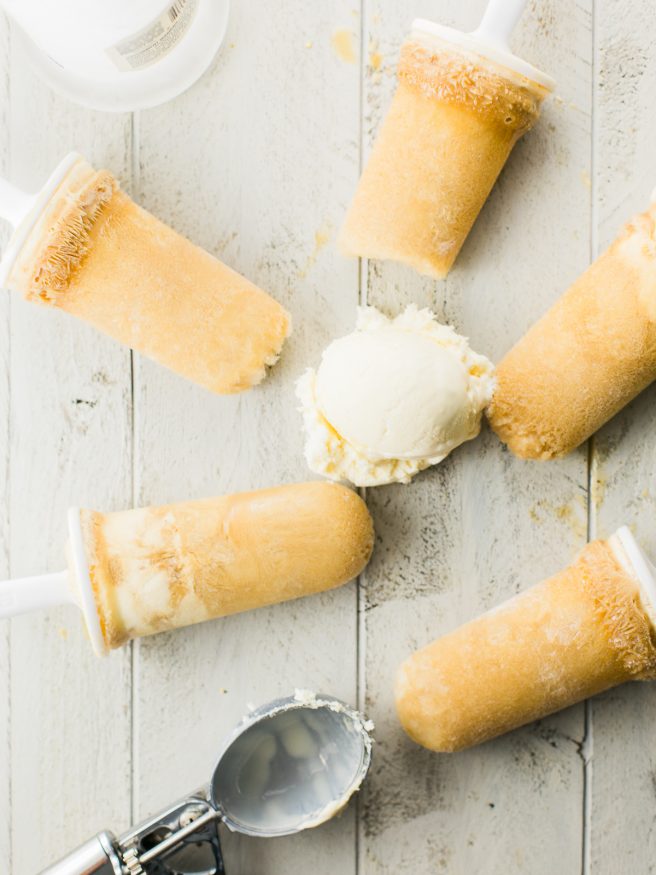 Not that I’m trying to rub it in my east coast readers’ faces, trust me I’d love to have a snow day every now and then, especially with the drought we’ve been in. But to make up for it all just have to sit down, relax and enjoy my hard root beer float popsicle! 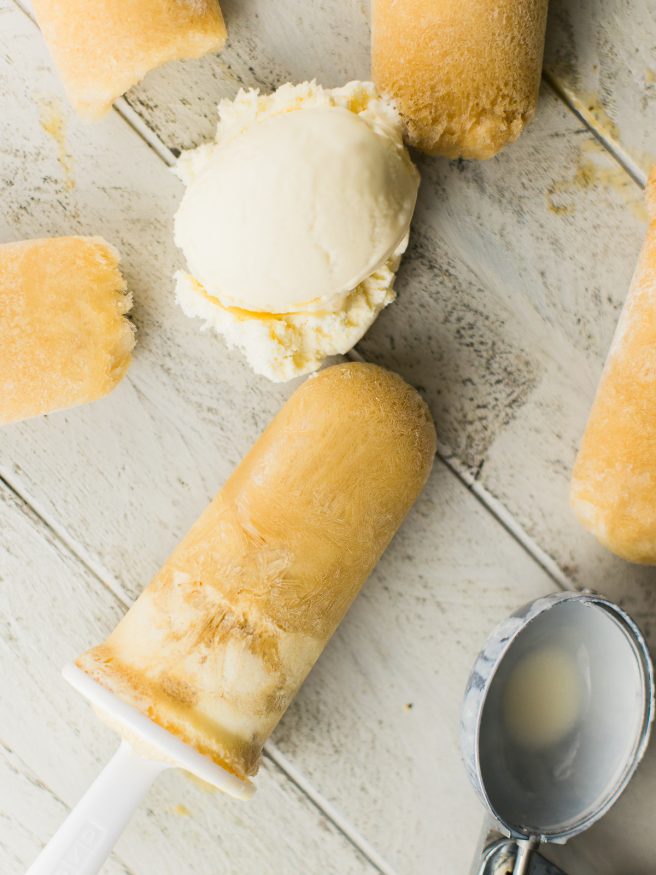 It really does tastes like a root beer float too, well I mean it is, it’s just frozen. But when you take a bite into it you get that carbonated feeling, then when the vodka kicks in – and you can barely taste that its there – you’ll feel a lot more than the carbonation! 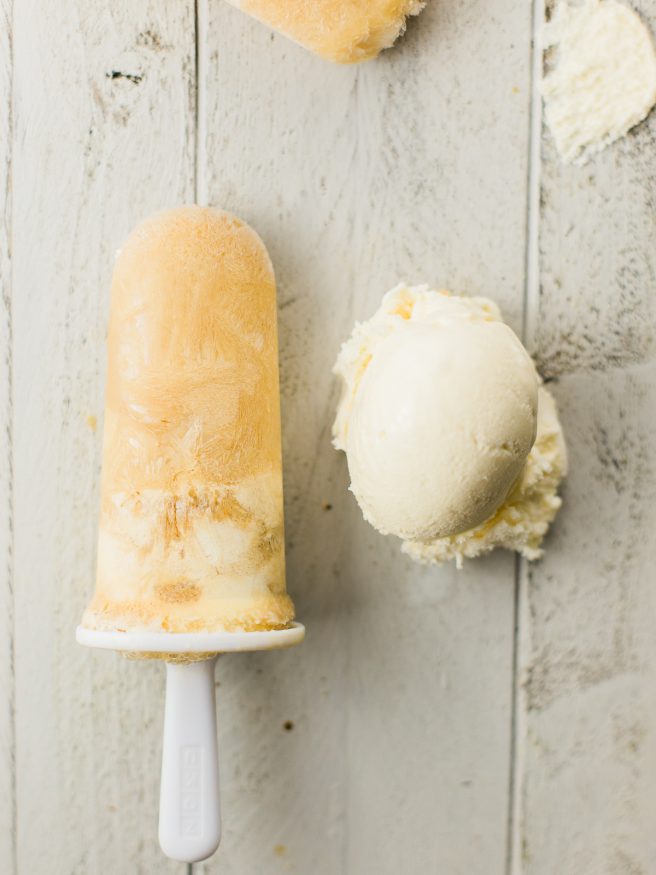 Don’t skimp on the quality of vodka either. You’re not shooting it so you’ll need to make sure you have something smooth so that it takes a backseat to the ice cream and root beer flavors. And make lots, because they’re going to go fast! 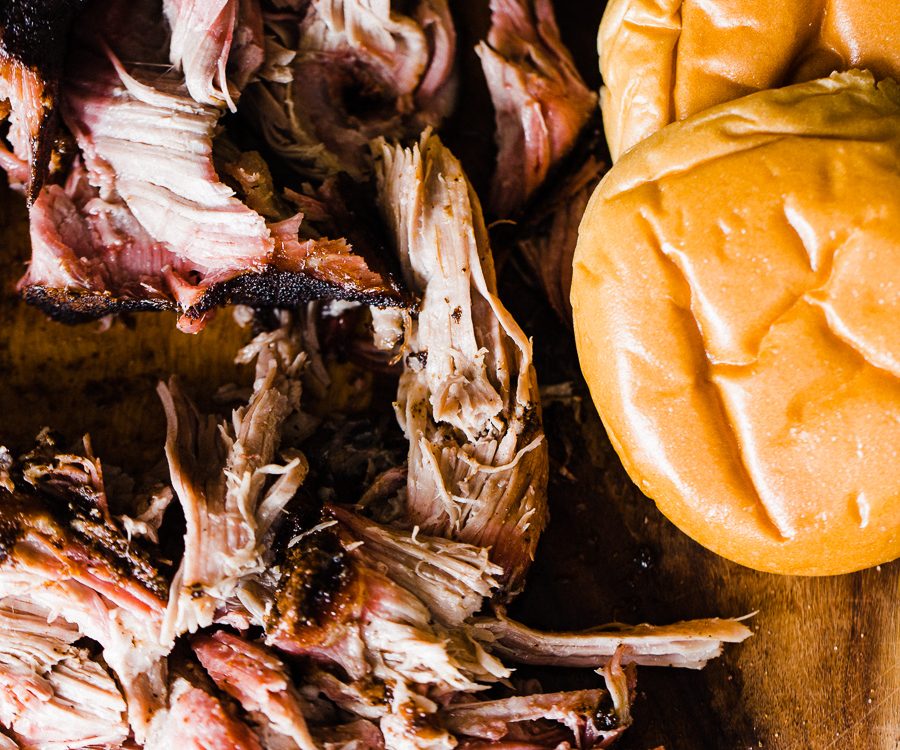 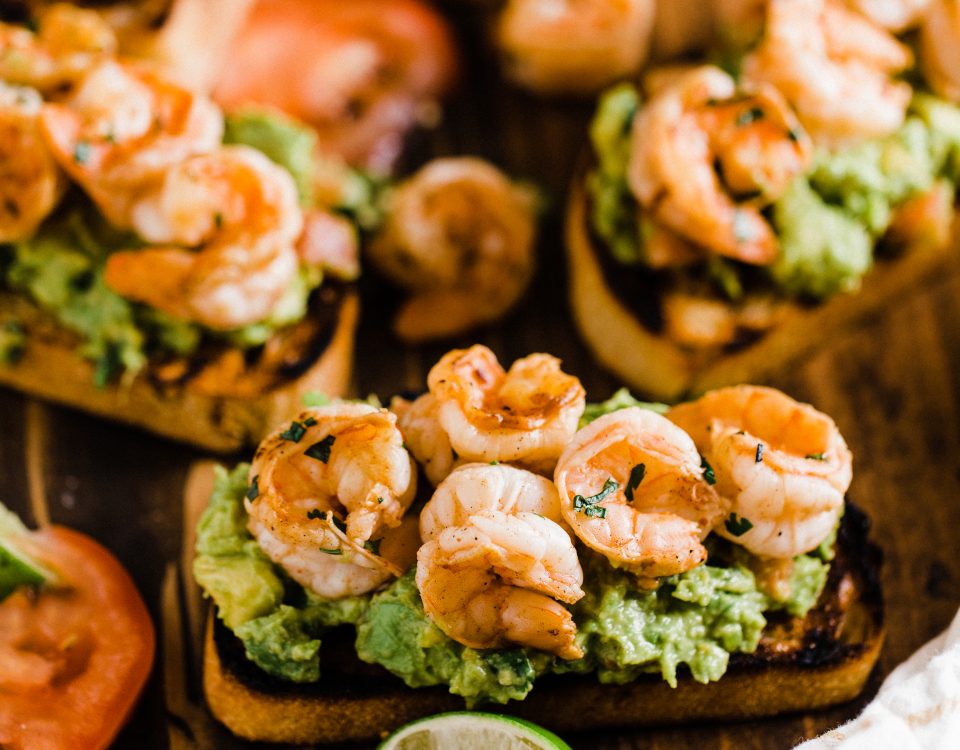