I’m so excited that my second batch of home brew came out, It’s been sitting in my fridge bottle for the last few weeks, and I’ve been behind on sharing this, but Its well worth the wait. This Grapefruit Honey Ale isn’t like anything I’ve tried before! 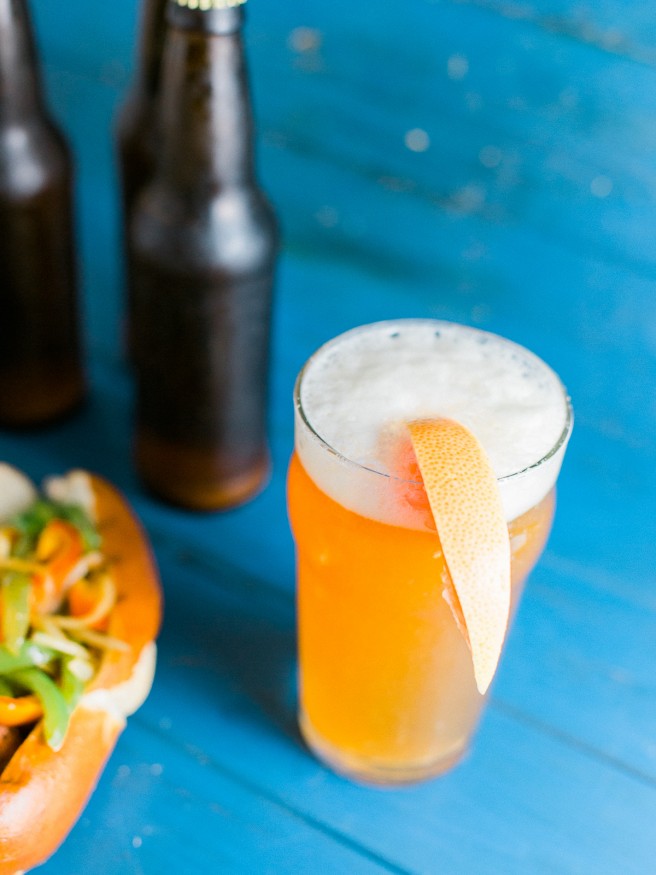 Brooklyn BrewShop sent me over their kit of Grapefruit Honey Ale to brew for this months Home Brew Series, and I was pretty intrigued by the though of grapefruit notes in a beer. This drinks simliar to an IPA but it’s a little sweeter, and with a wedge of grapefruit in the drink, it’s really refreshing!

Brewing this batch was pretty close to the same process as the last brew, brewing the mash, watching the temperatures, and straining into a stainless steel pot. I’m pretty sure I need a better strainer then what I’m using, I just haven’t gotten around to getting something a little more “professional”! 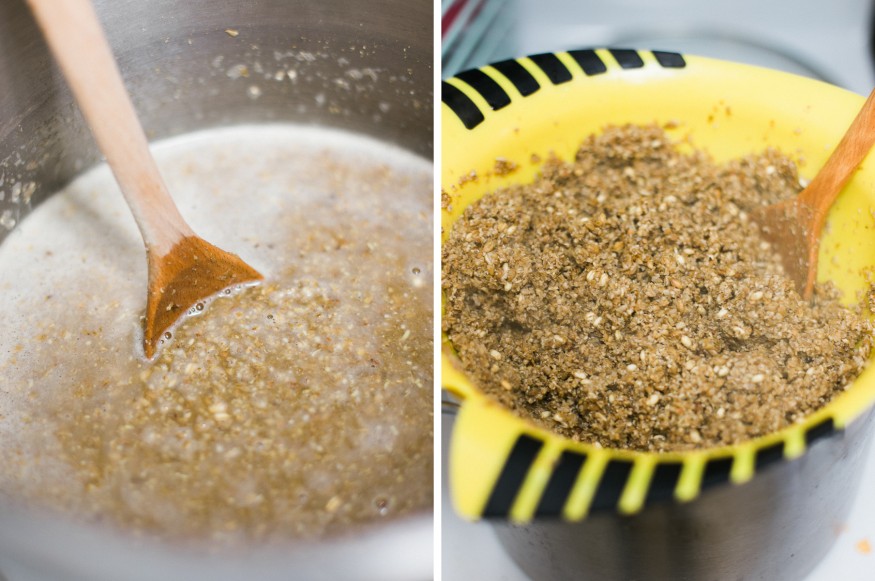 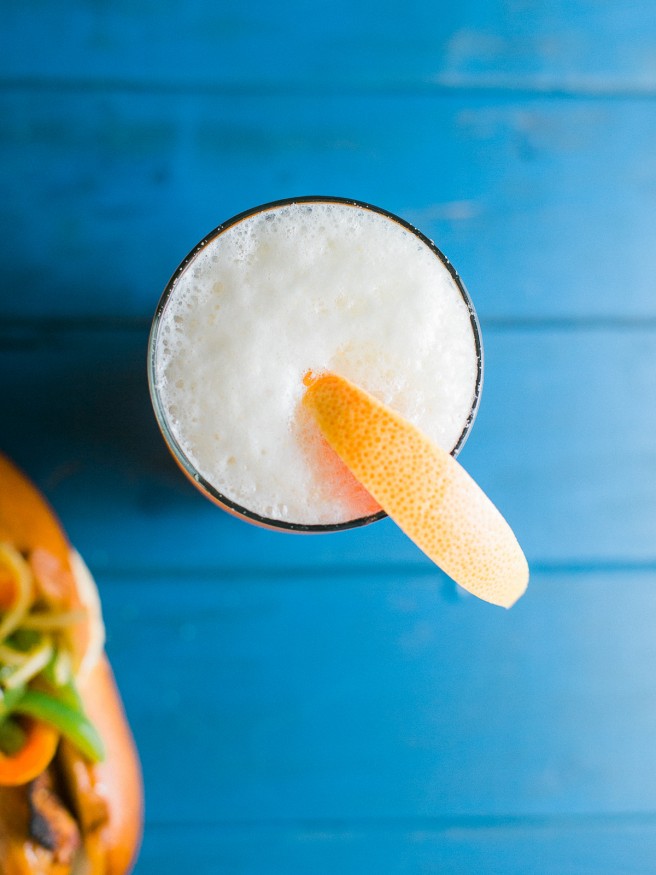 I decided to add a little addition to this brew by adding a stick of cinnamon in the pot while during the brewing phase of adding hops. I only left it in while the dried grapefruit rinds were in. It left just a hint of a spice to the beer, but I think if I were to do this again, I’d experiment with leaving the cinnamon stick in possibly during the whole hop process. 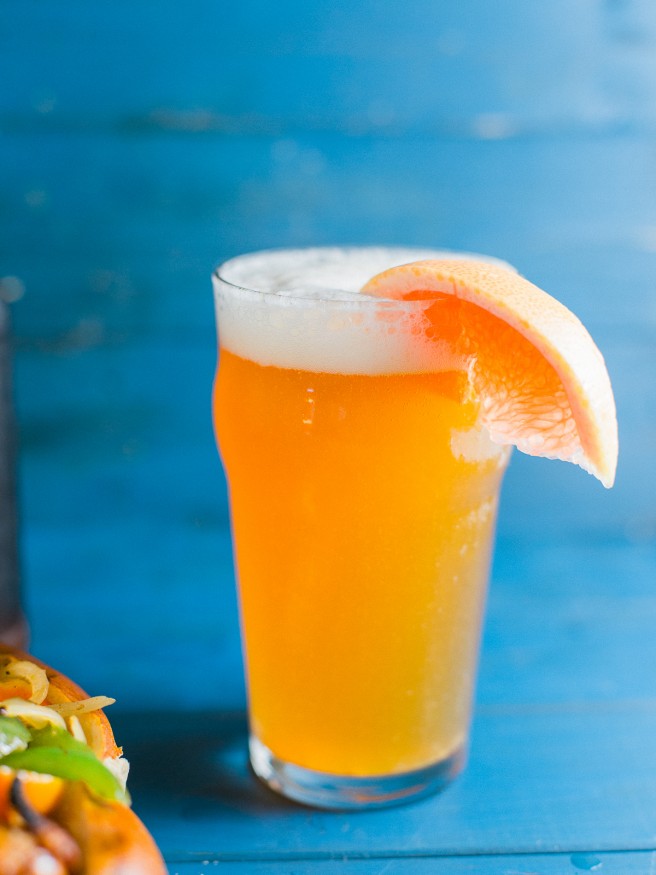 The kit also came with sugar crystals which brings down the hoppy of the beer and makes it really smooth. I think I’d also add more grapefruit rinds or leave it in longer as well to bring out the grapefruit nots a little stronger, which is weird because I’m not a grapefruit fan, but I really enjoyed the flavor of grapefruit in this beer.

One challenge I’ve had so far is the amount of sediment that settle to the bottom of the beer when bottling. I’ve been getting a good centimeters worth of sediment, which I honestly wouldn’t mind, but the issue I ran into is that I need to be SUPER careful when pouring. If the sediment gets agitated, its as if I dropped a mentos into diet coke! 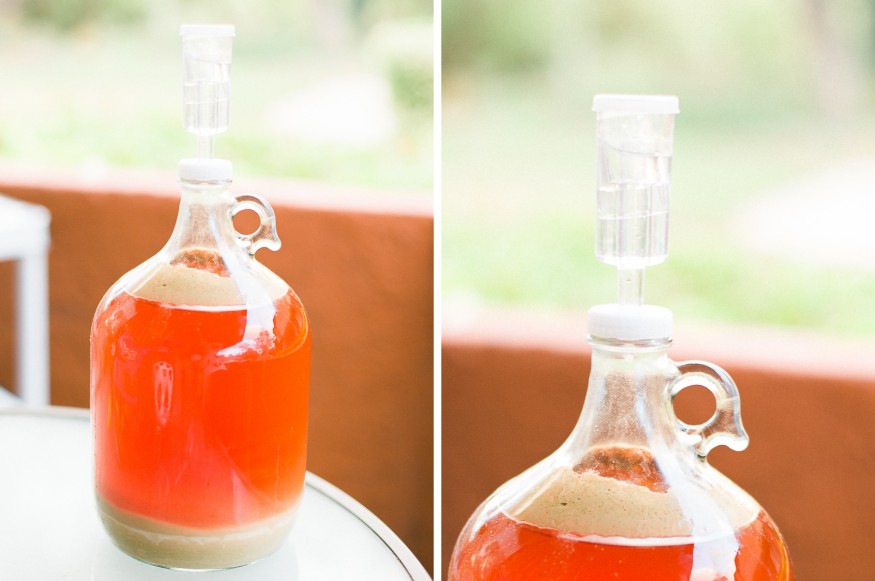 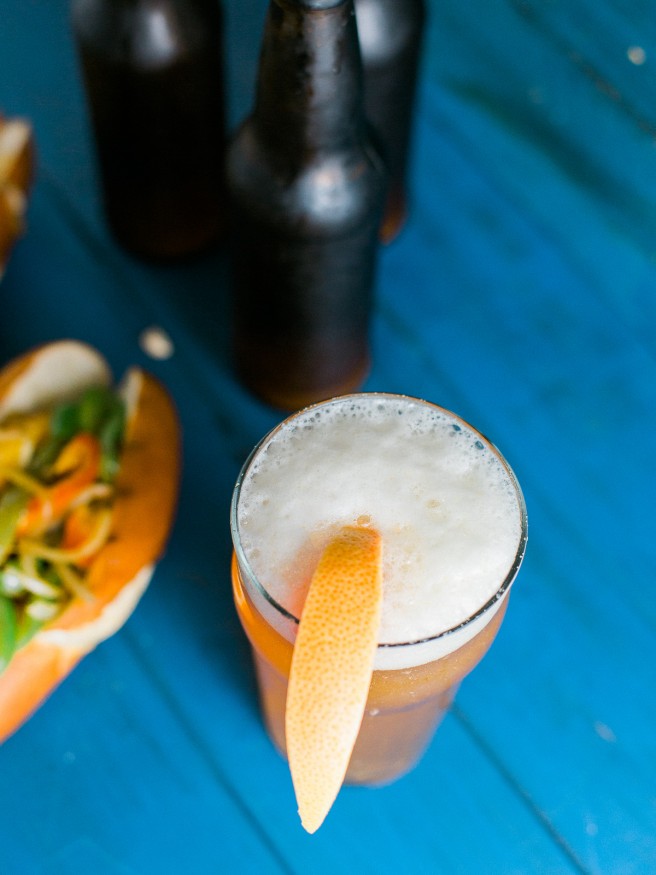 This drinks like an IPA, it has a hoppy flavor with light hints of citrus and sweet notes at the end. The body is a beautiful deep orange that almost reminds you of a grapefruit. 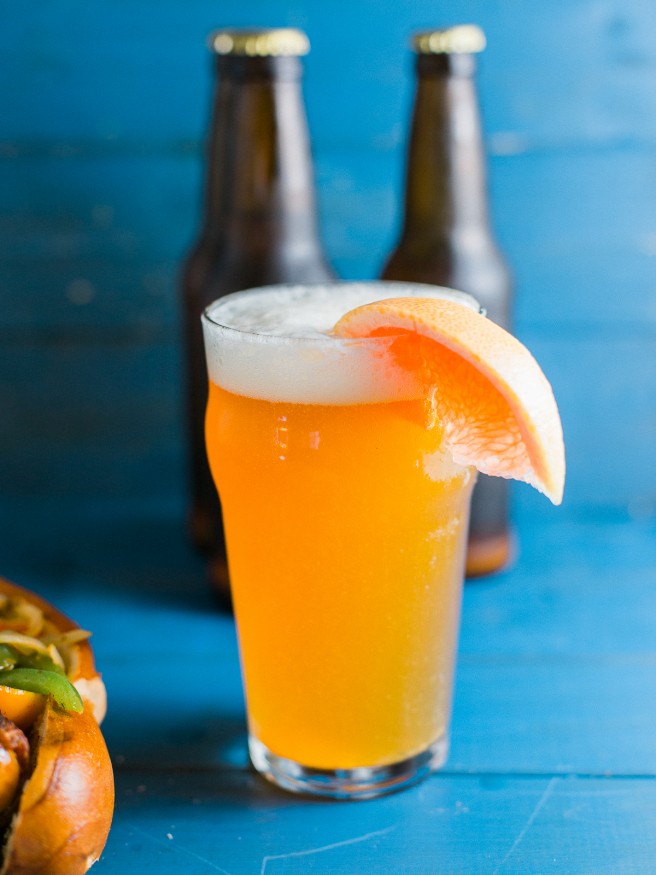 The alcohol content is on the light end at 5.5% so it’s not the strongest beer, which makes it a good beer to drink during the summer with lunch enjoying all the flavors it has to offer.

Pairing with the Grapefruit Honey Ale

Speaking of lunch, I made a simple beer brat with peppers to go along with the Grapefruit Honey Ale which is probably one of my favorite lunchtime meals to make when it gets towards the summer time. 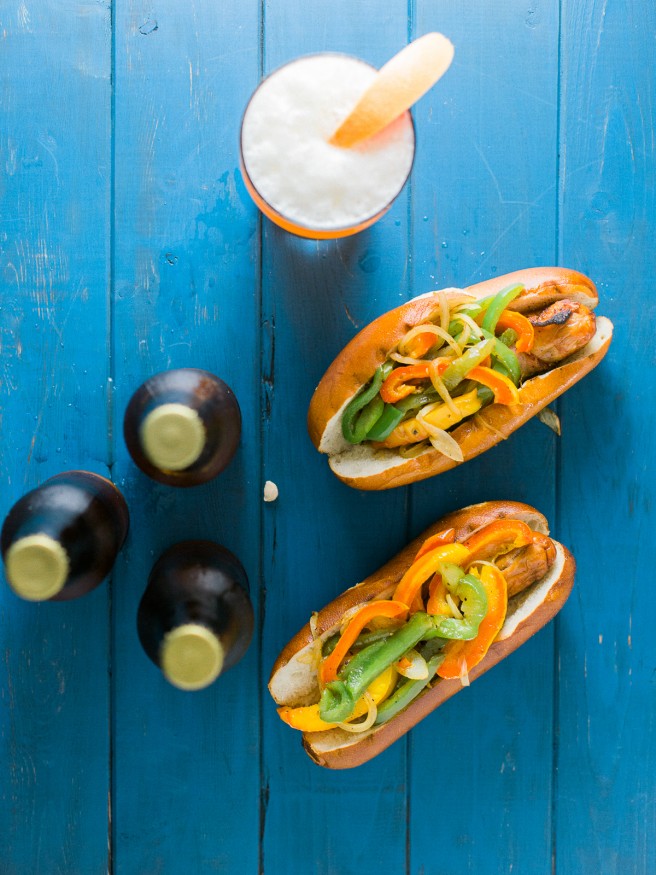 Wrapping the brat in bacon, along side a skillet full of bell peppers and onions seasoned with salt and pepper on the grill, then placed in a toasted pretzel roll, this gets cooked in 10 minutes easily, enough time for you to drink your first bottle of Grapefruit Honey Ale, and get cracking on number 2 when you sit down with your amazing lunch time creation! 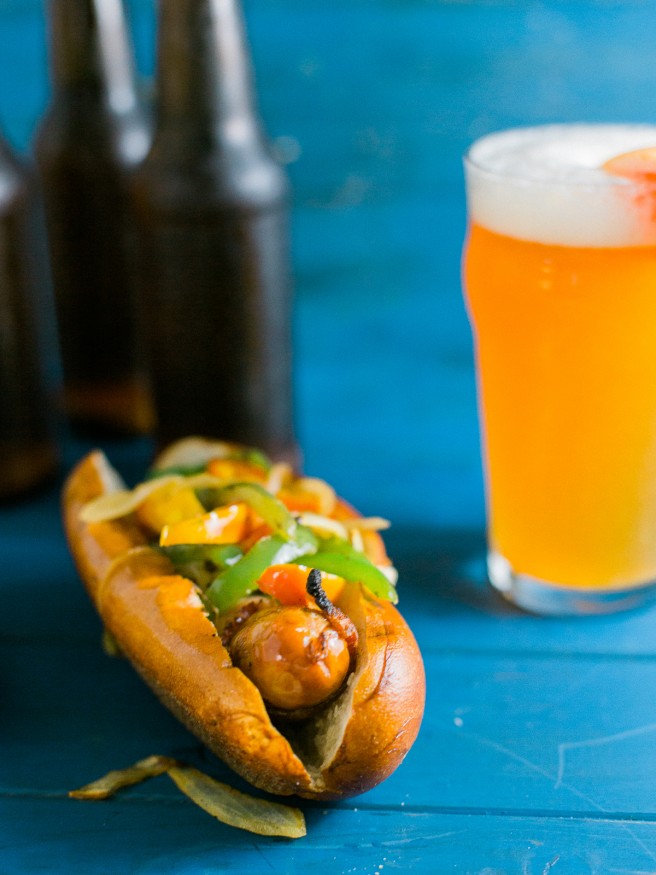 The Next Brooklyn BrewShop Batch

The next batch I’ll be receiving is Brooklyn BrewShop’s Blackberry Red Ale, My mind is already racing with what additions I can make to it, and what it can pair with. It sounds amazing and perfect for summer so I’ll be sure to post some stuff on my snapchat along the way of brewing, so be sure to follow me there!

I need some help picking out Brooklyn BrewShop Mixes to brew and tweak the future so let me know in the comments which mix you’d like me to try!