I’m not big on making desserts, but this skillet raspberry and blackberry cobbler is a must in our house! Blackberries, Raspberries, cooked down in honey and cinnamon, then topped off with golden brown and buttery biscuits and cooked all in the skillet! This is one dessert I can make and never worry about messing up. it’s amazingly simple! 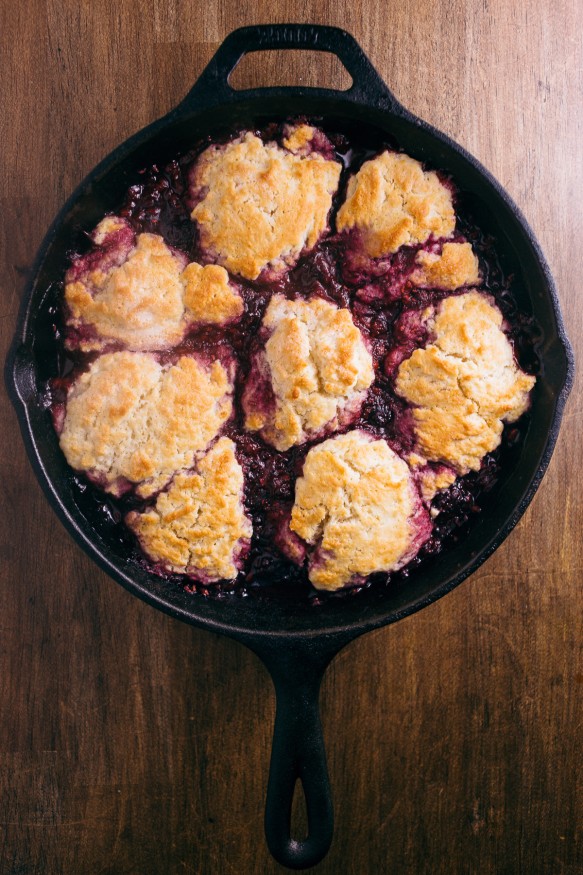 This skillet blackberry cobbler is a really simple and great idea for dessert or even a breakfast. And if your multi-tasking points are on point, you can make your biscuit dough while your berries are cooking down, and have this done in 20-25 minutes. 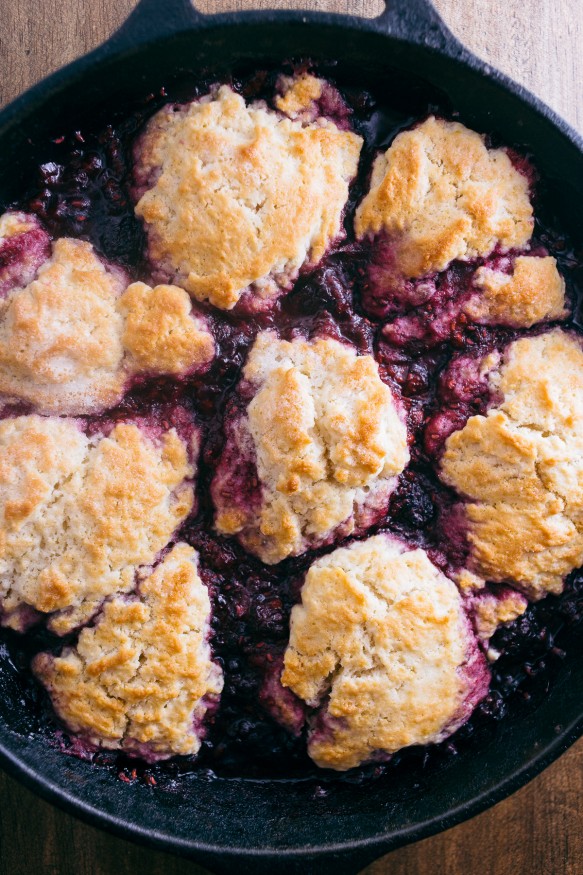 Like my cranberry sauce recipe, I decided not to cook down the berries in too much sugar so I use honey instead. It adds a great depth of flavor and make it not as an “unhealthy” dessert. Well, there’s a stick and a half of butter being used in these biscuits, so this at least makes you feel good about that, right?! 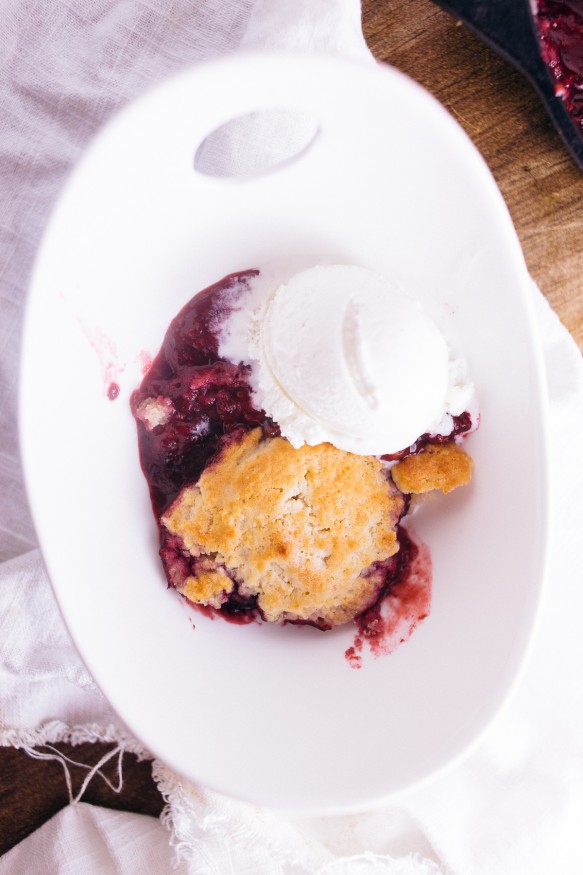 These biscuits though. SO FLAKEY AND BUTTER. It’s like heaven in my mouth. I’m honestly not sure which part I like better about this dessert, the berries or the biscuits, but it’s such an amazing combo, and top it off with a little ice cream, and you’re set! 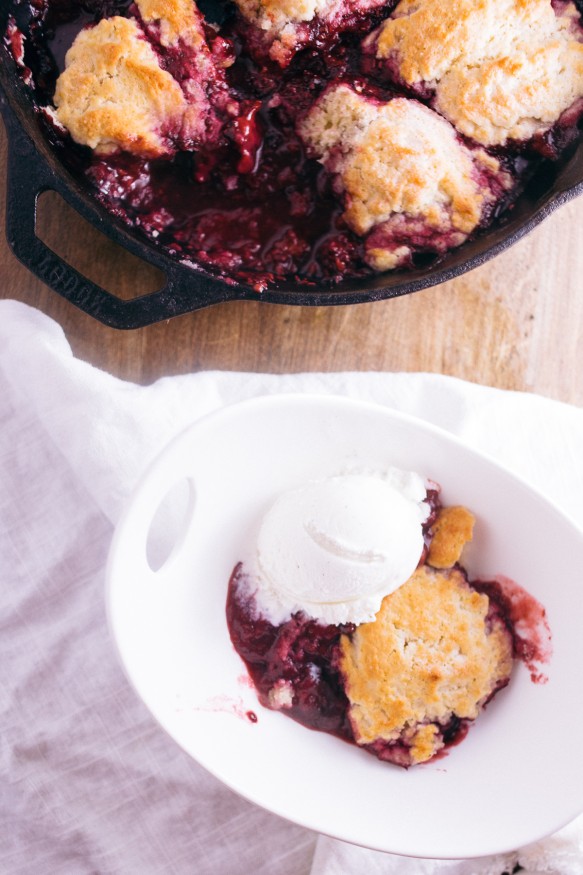 Feel free to change add to this recipe as well! I think next time I cook this, I’m going to add some mango or apple along with the berries to give some more texture and flavor to the dessert, but you can’t go wrong. Have fun with it and put some smiles on your families faces for dessert! 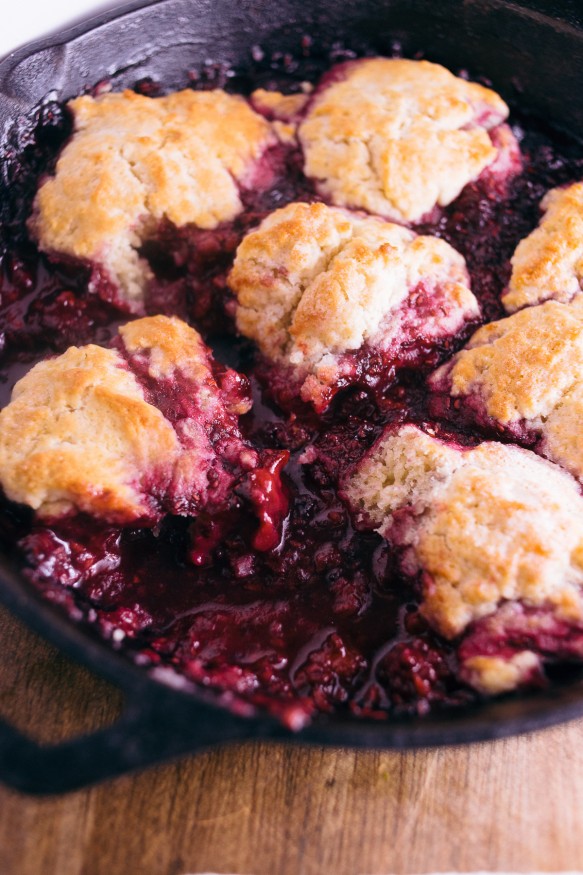 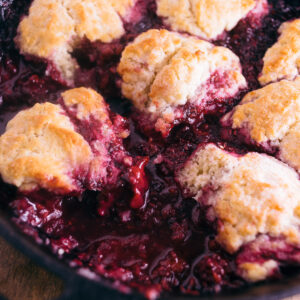