There’s been a craving in our house for spaghetti squash. It’s light, has a great texture and is a great way to have “spaghetti” without feeling super weighted down after your down eating a serving.. or three.

Yeah.. I’m that guy who can’t stop eating spaghetti and looks forward to those all you can eat pasta deals.. So what? 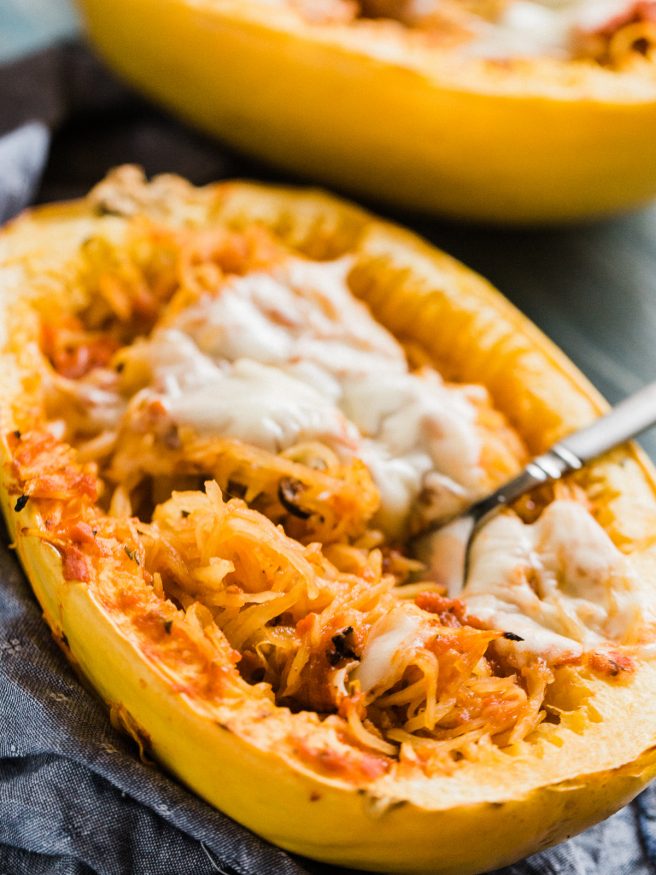 I’m going to just come out and say it, I’m beat after Mother’s Day. We had a blast this past weekend, and had fun serving mom up with some breakfast in bed. But man, did it take me a few days to recover.

I needed something super easy and “brainless” to make for dinner the other night and it doesn’t get much easier than spaghetti squash! 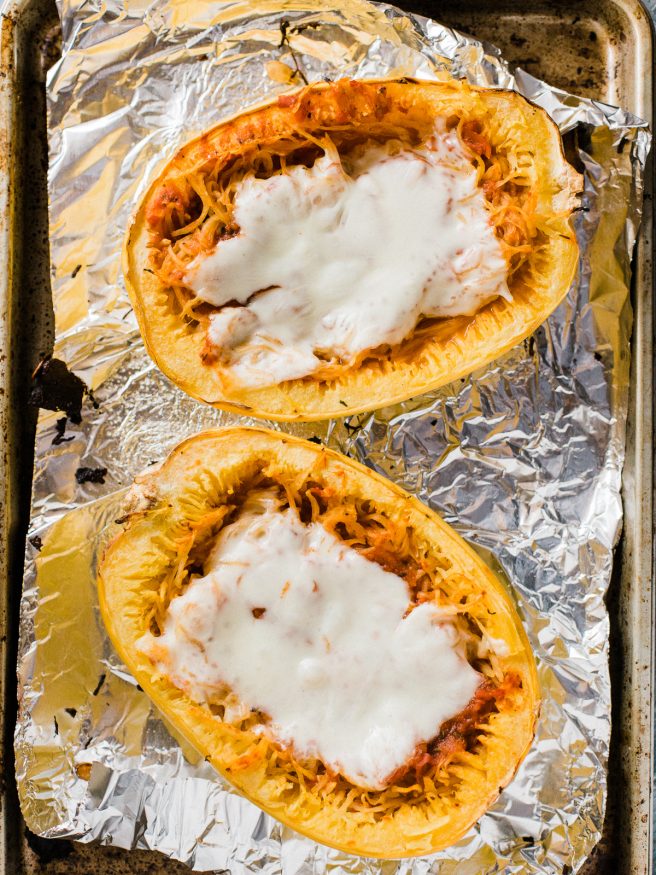 It takes about a half hour to cook, but you’re literally doing nothing. Especially if you’re using pre-made marinara. I had a batch of marinara sauce from earlier in the week that I needed to finish off so it was the perfect candidate for tonight.

If you don’t have marinara laying around you should check out Raos (affiliate link). They sent me off a dinner kit and coming from a person who is pretty biased on marinara, they have a good quality sauce. 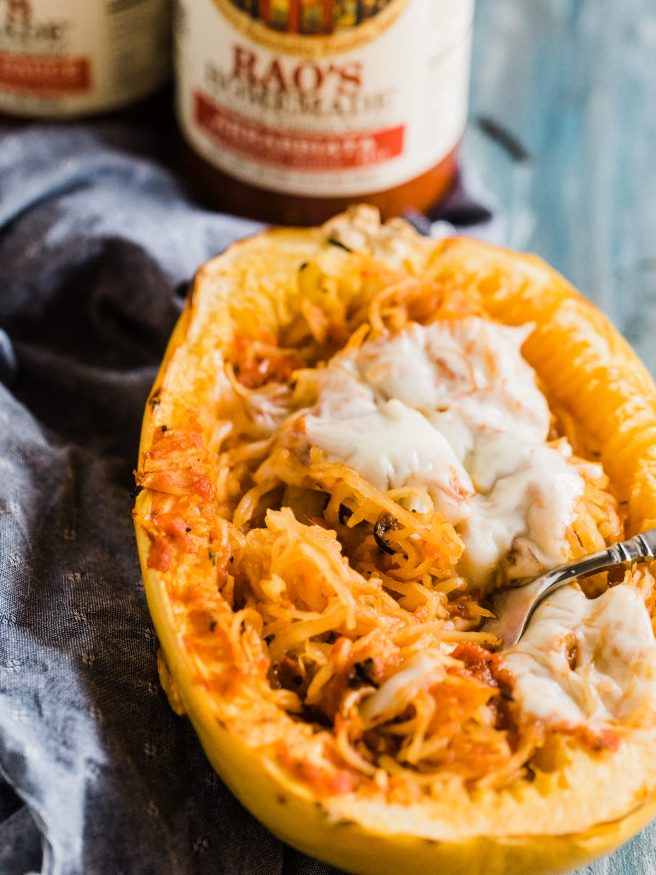 Spaghetti Squash hit the spot for our dinner, and it didn’t require any real cooking. All you have to do is half the spaghetti squash, clean out the seeds. Then add a little olive oil, salt and pepper – then its ready to go in the oven.

It just shreds apart with a fork and instantly turns into spaghetti like noodles. I added sauce right into the squash “bowls” cold, then topped with a layer of mozzarella and put it back in the oven until the cheese was melted. Dinner is ready! 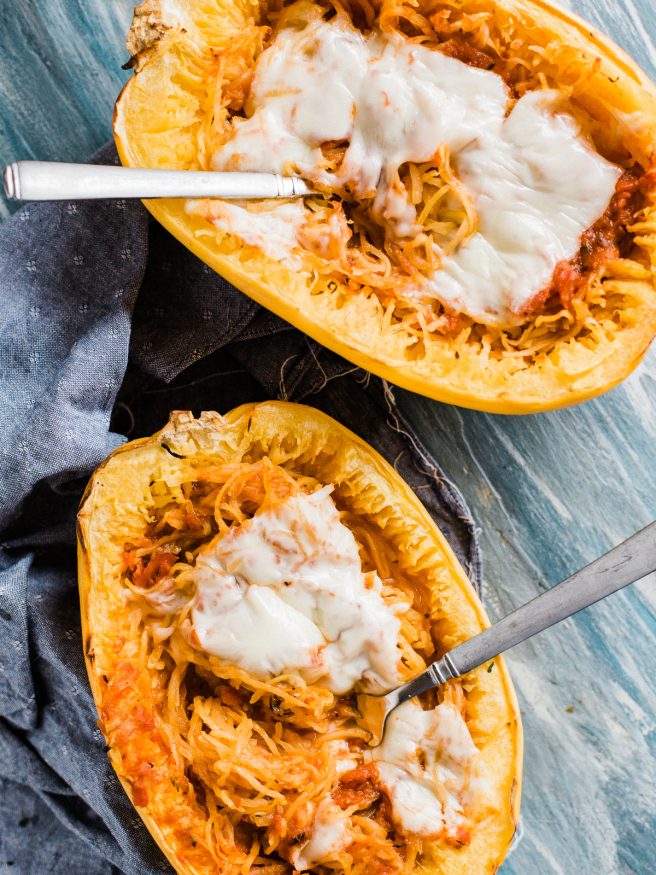