Homemade Mac and cheese is one of those dishes that is for some reason, one of those recipes that you just can’t replicate in a restaurant or off the shelf. It’s also a good dish to add other things in like, veggies, and, oh – I don’t know.. BACON! 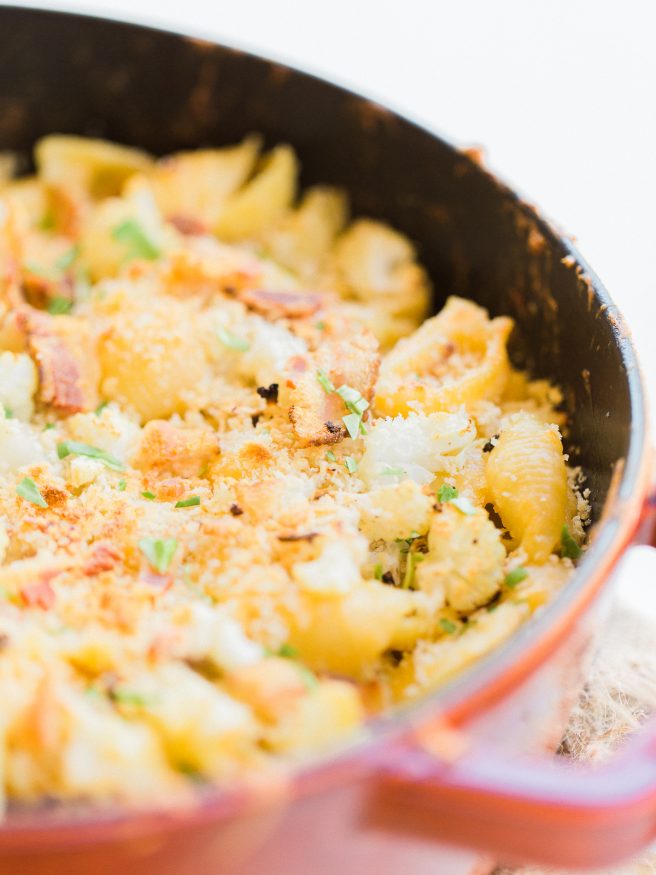 Sometimes its INCREDIBLY hard to get our son to eat vegetables – well anything for that matter. He’s at that picky stage in his development where he pretty much wont eat anything if it isn’t plain, loaded with sugar, or bread.

It sure does make my life of cooking meals AMAZING! – _ – 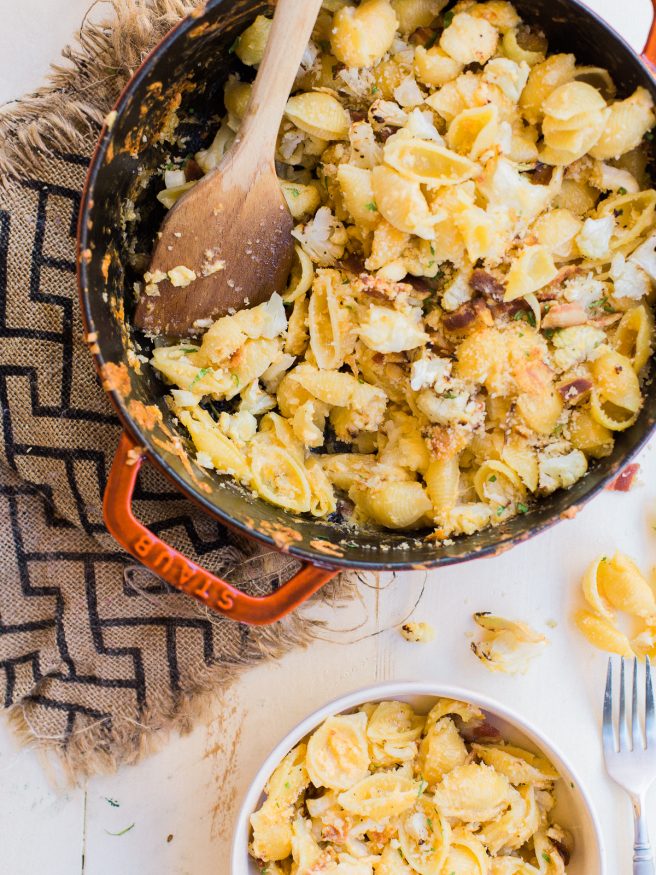 So I’ll try ways to hide vegetables in dishes that he likes, which Mac and cheese is on the top of his list of things he loves. So, adding a little cauliflower into the dish is my latest attempt to get some veggies in him!

Was I successful? Not so much.. He love the cheese, love the noodles, found the bits of cauliflower and said “nope!” 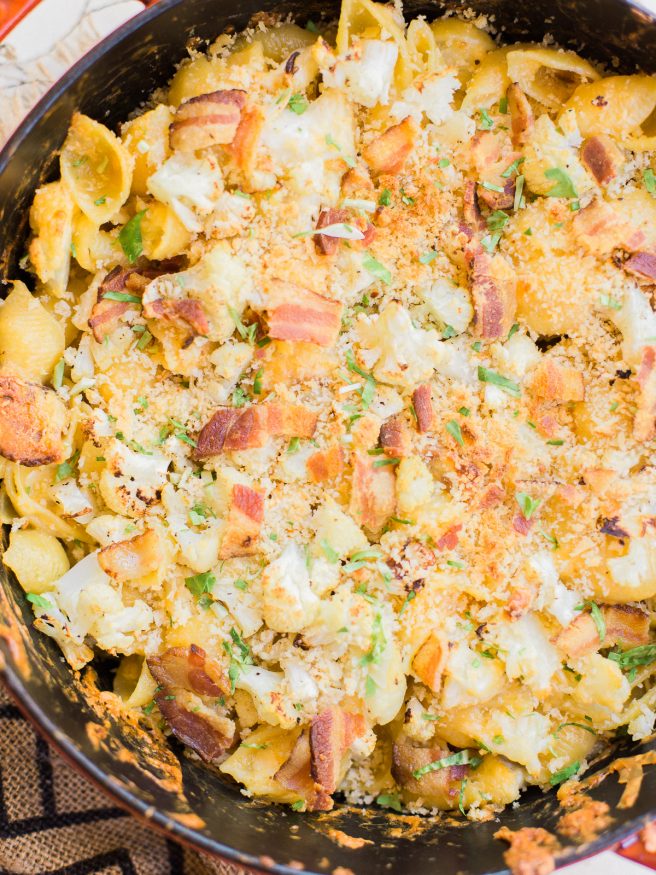 Even as an adult mac and cheese, this one is solid – lots of flavor from the smoky bacon and the roasted cauliflower gives some added texture and flavor, plus shaves some carbs off, which lightens it up a tad.

I also kept the milk on the lighter side, so if you like creamier mac and cheese, just double up on the serving. 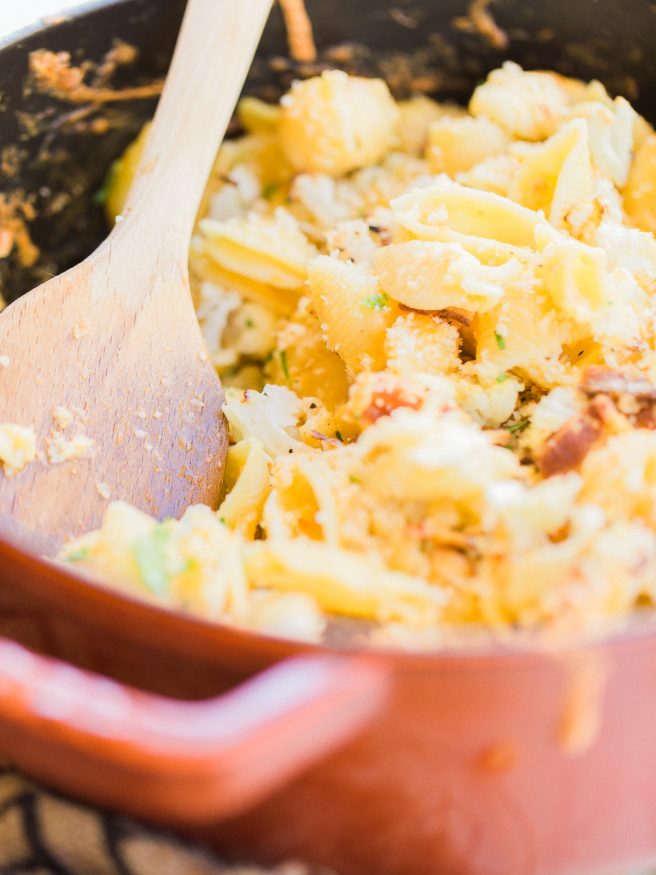 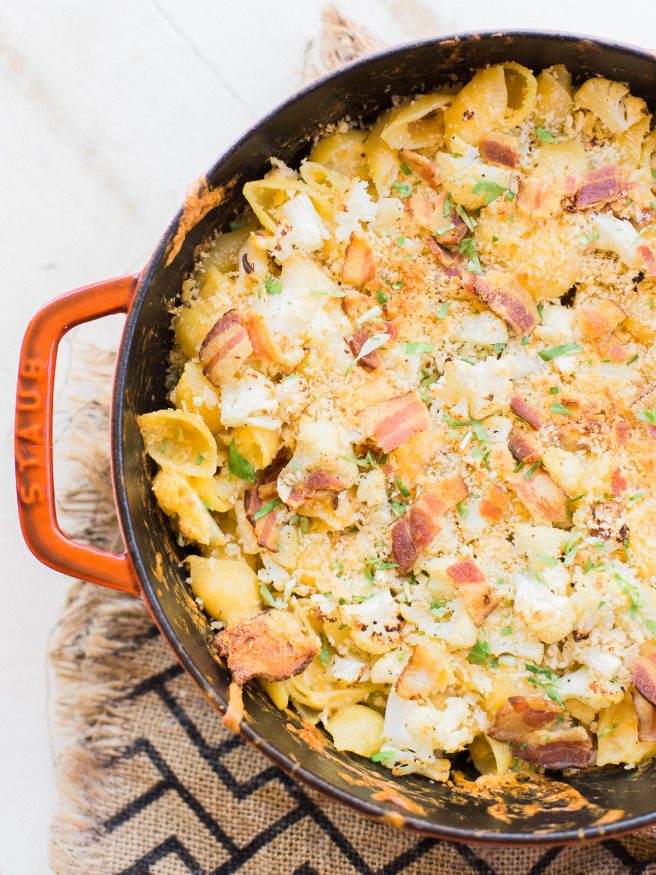 So will this roasted cauliflower mac and cheese recipe be that one dish that gets your kids to eat their vegetables? Maybe, maybe not – I don’t care what anyone says there’s not one tried and true way to get a picky kid to eat their veggies. But you keep trying new things until you find something that sticks!

What’s your trick to get your picky kids to eat? I’m dying over here and would love to hear some ideas!!

And for those who just want to eat the crap out of this tasty looking dish..